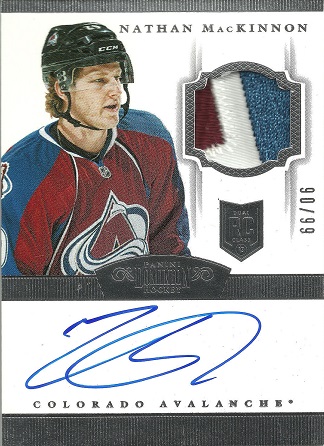 You may not realize Nathan MacKinnon was 18 years old by watching him play hockey.

He moves across the ice with the presence of someone who has played on this level for years. He sees the ice well, finding intricate ways to get the puck on his teammates’ sticks. MacKinnon can score too.

In two games in the Stanley Cup playoffs, the Colorado Avalanche rookie already has seven points, tying the record for the most points in the first two playoff games of a career. MacKinnon had three assists in Game 1 against the Minnesota Wild, and a goal and three assists in Game 2. Game 3 is tonight at 7 p.m. ET.

MacKinnon is the frontrunner for The Calder Cup, given to the best NHL rookie every year. During the regular season, he led all rookies with 63 points (24 goals, 39 assists).

When it comes to hockey cards, MacKinnon is already a star. Collectors scrambled to get his Rookie Cards the moment they appeared in sets starting with 2013-14 Select and 2013-14 Upper Deck Series 1. Since then, he’s easily been the most collectible rookie out of the Double Rookie Class. 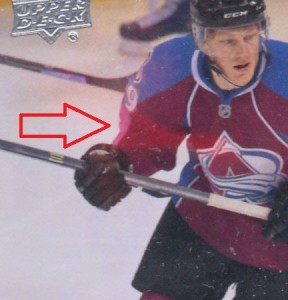 A handful full of rare cards have sold for more than $1,000 on the secondary market this season, but even his cheapest autograph will run collectors more than $100.

A unique situation occurred with this Upper Deck Young Guns Rookie Card where a number of cards had a printing defect. On MacKinnon’s right arm, an area of red is lighter than the rest of the Colorado jersey, which hurts the condition of the card from third-party graders. But the defect caused a premium for cards without the mark, allowing BGS 9.5 (or better) and PSA 10 cards to sell for more than $125 on the secondary market.

For those looking to get MacKinnon autographs at a lower price, they should look at In The Game cards where MacKinnon signed for ITG while in junior hockey. These aren’t Avalanche cards, but the equivalent of prospect cards in baseball. 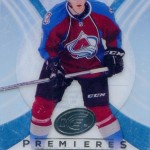 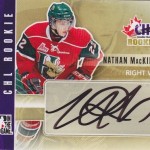 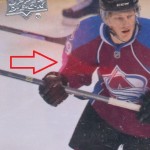 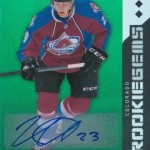 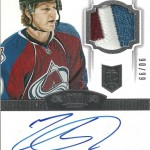 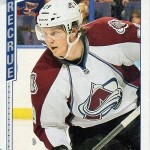 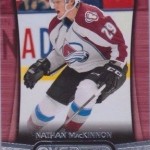 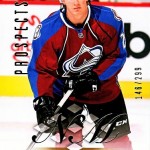 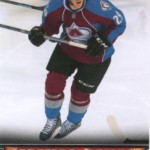 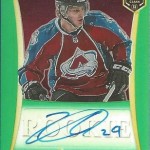