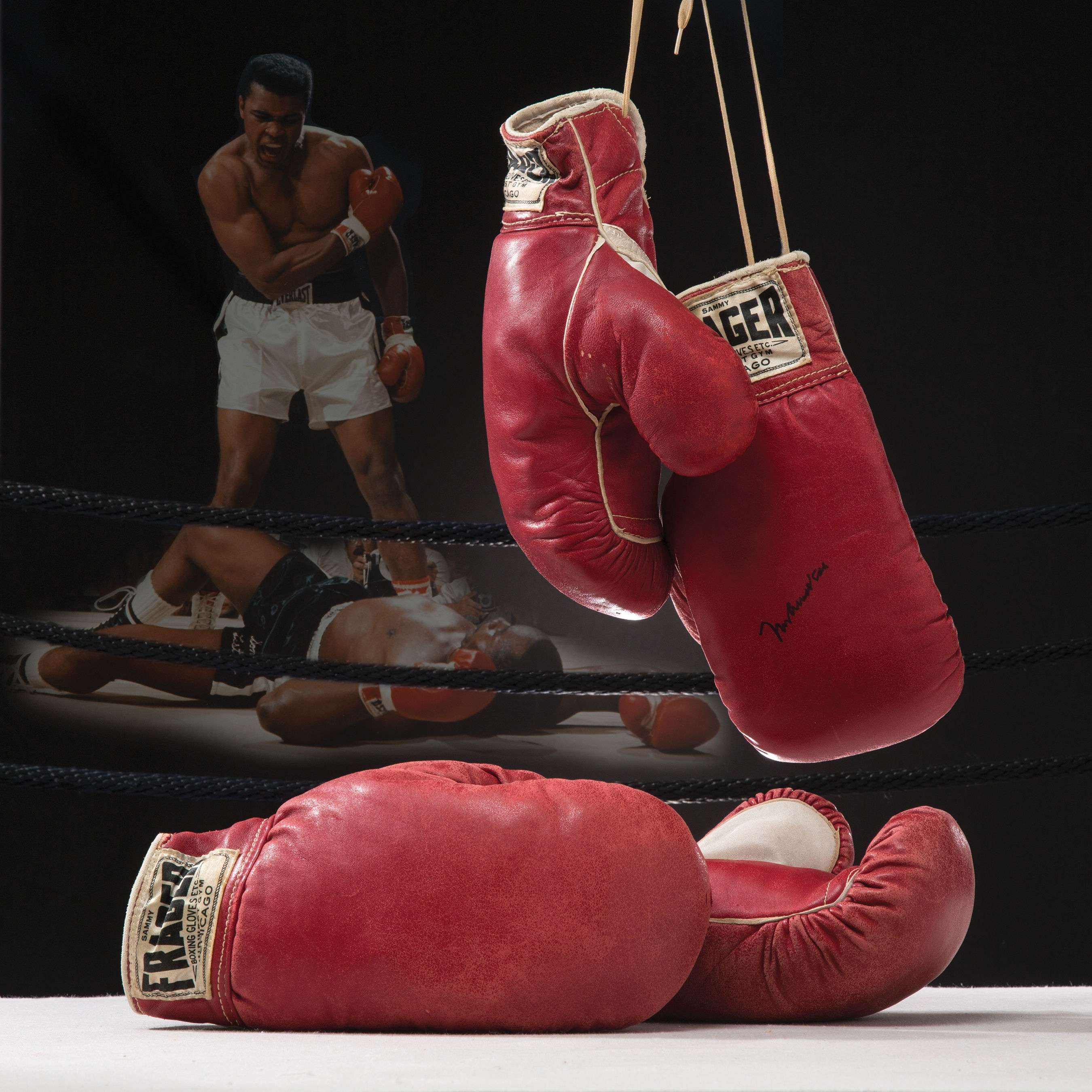 The gloves worn by the world’s most-iconic athlete in one of the most-controversial fights of his career that spawned arguably the greatest sports photograph ever are on the auction block via Dallas, Texas-based Heritage Auctions.

The gloves are from Muhammad Ali‘s second fight with Sonny Liston, which came on May 25, 1965, in Lewiston, Maine, and it was a rematch of a controversial 1964 bout that saw Ali, then known as Cassius Clay, become the world champion when Liston failed to answer the bell for the seventh round. The rematch came at a time of backlash over Ali’s conversion to Islam and his political statements and it was a controversial fight that saw Liston lose via knockout in the first round.

Boxing memorabilia has been red-hot in recent years. The gloves Ali wore in their first match sold for $836,500 last February — and this time around Heritage has the gloves worn by both Ali and Liston.

They were saved by former Maine Boxing Commissioner George L. Russo. The auction includes a letter from Russo’s nephew, a notarized letter from Ali (who signed one glove in each set), a five-page letter from boxing memorabilia expert Craig Hamilton and authentication statements from PSA and JSA for the autographs.

The gloves are estimated by Heritage to sell for as much as $2 million when it closes on Feb. 21 during an event held in New York City. Also included in the lot is a lithograph of the famed photo of Ali over Liston taken by Sports Illustrated‘s Neil Leifer. 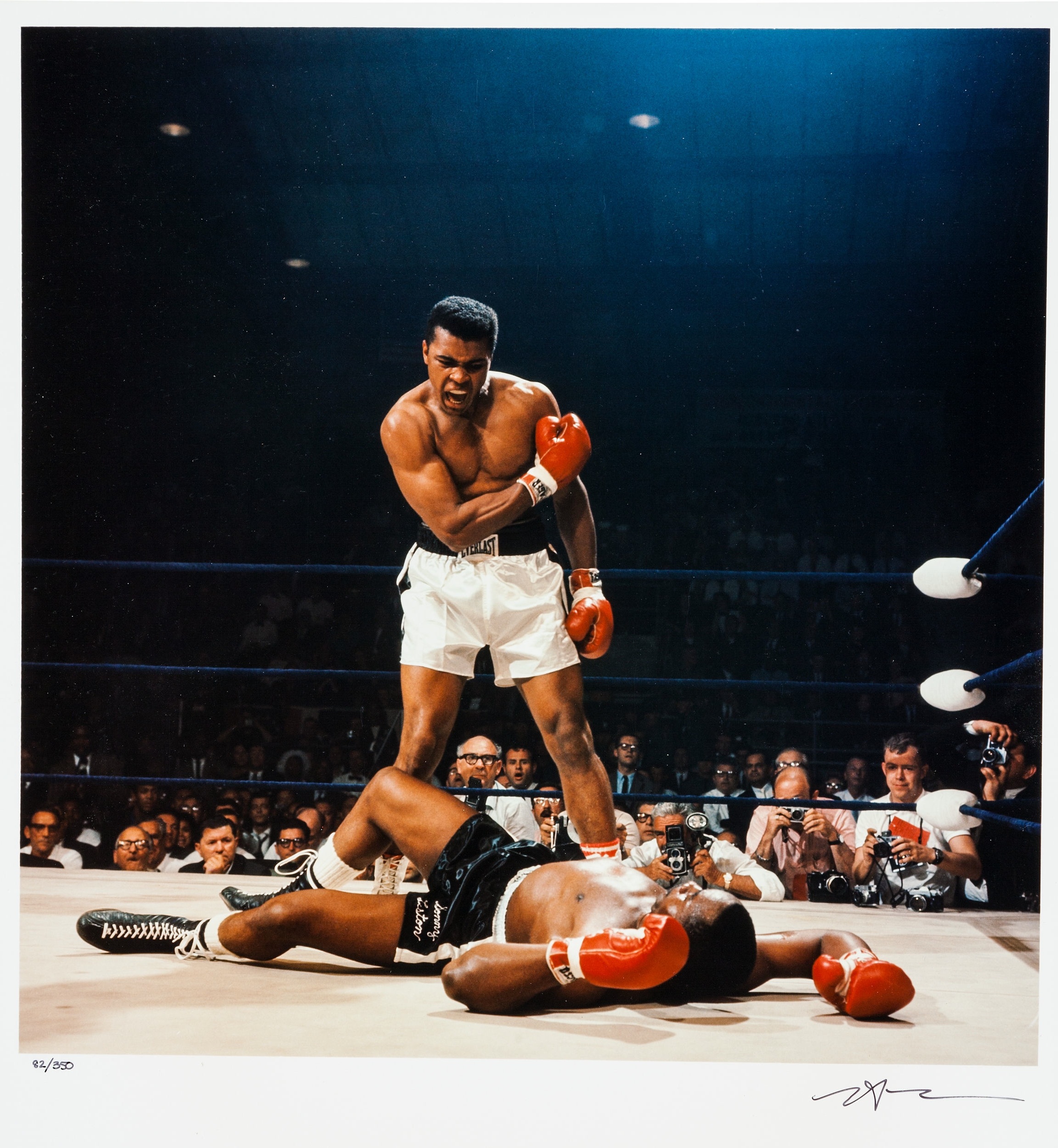