More Mars Attacks! On The Way

To get the scoop on the series, we spoke with Uprising creator, Adam Levine. Levine’s involvement with Mars Attacks goes back to Heritage. He served as art director and writer for that series “New Universe” cards. He was co-editor, co-art director (along with David Waldeck) and writer on Mars Attacks: Invasion and was creator, writer, art director, and editor on Mars Attacks: Occupation. He also co-wrote the Abrams book Mars Attacks and created, wrote, and art-directed additional Mars Attacks cards for Abrams, Mantic Games, and promotional events like San Diego Comic-Con. Let’s just say Levine is on a first name basis with the Martians.

When can we expect the series and what is it called?

The next series will be launching on Kickstarter after the new year, though we have a few surprises before the end of 2019. It’s entitled Mars Attacks: Uprising and is a direct continuation of the Mars Attacks: Occupation story. It’s being developed and printed by myself and SideKick Lab, the same team that created Occupation, under a unique licensing agreement with Topps. SideKick has been a trusted manufacturer for Topps for many years, and this is a singular opportunity I don’t think would be possible with just anyone.

Tell me about the new series. What have the Martians been up to and what sort of peril can we expect this time?

In 2013’s Mars Attacks: Invasion, the Martians attacked and defeated the human race; in Occupation, the Martians were an occupying army on Earth tormenting humanity and ruling with an iron fist. In Uprising the human race will rise up to for control of the planet! There will be plenty of the usual ultra-violence, salacious imagery, dark humor, and pulp inspired horror that everyone has come to expect from Mars Attacks.

How about the cards? Who is completing the artwork? How many base cards are there and what will the inserts be?

The main story set will be painted by series regular Ed Repka, with a handful of cards by other artists depending on how big the story becomes through the crowdfunding campaign. Alex Horley, Greg Staples, and newcomer William Skaar (Heavy Metal) will be contributing art. The base set will start with 55 cards, and grow based on stretch goals on Kickstarter, to as many as 100 cards. Jason Crosby will be returning to illustrate a series of chase cards called “Mars Motors,” a mashup of hot rods and Martians. Lots of other great chase cards and hits, including original hand-drawn art cards, but we don’t want to give everything away just yet!

You mentioned Kickstarter. Do you see this operating similar to Mars Attacks: Occupation?

Very much. While this is an official Mars Attacks set, because this is being produced under license by a much smaller company, it’s even more important than before to get the support of the incredible Mars Attacks fans and the card collecting community so we can create this set and make it the very best it can be. We’re very proud of the Occupation set, and have high hopes we can make something even greater this time around with all we’ve learned since.

Will the series be traditionally packaged in foil packs and boxes or in some other way?

It will most likely be in foil packs, in hobby boxes, but like ‘Occupation’ there will be other ways to get the set beyond hobby boxes through Kickstarter. We’ll run the campaign in largely the same way as we did in 2015 with fans and collectors able to get full sets, hobby boxes, chase sets, master set bundles, hot packs, and more.

Last time on Kickstarter, you had a crossover collector pack with Judge Dredd, and experimented with new materials like letter-press, and printing with actual Martian dust. Will you be doing those things this time around?

Nothing we can comment on yet, but we are always looking at ways to make the project more exciting, whether it be experimenting with different kinds of ink, printing materials and including special collector packs. We never rest on our laurels, we love to try new things while still giving fans everything we know they love.

Since Mars Attacks: The Revenge came out in 2017 we haven’t heard much about Mars Attacks. Why has it taken so long for a follow up?

First and foremost, I don’t think three years is a long time for this brand which in my opinion needs a little breathing room between releases. I think now is just the right time to crowd-fund a new series. Fans have anxiously awaited both a new Mars Attacks card set, and a return to the Occupation story, and are primed for something new and exciting. 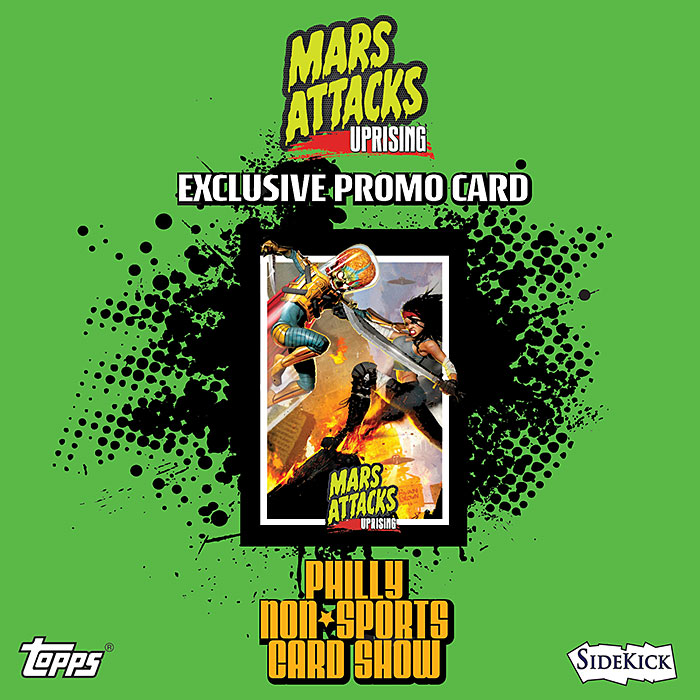 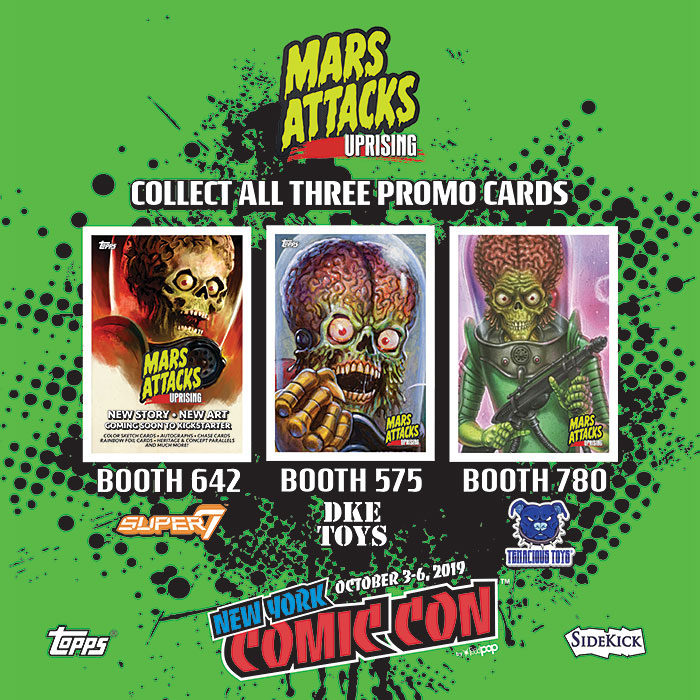 Any other exciting promotional plans?

As you can imagine, for a Kickstarter, promoting the campaign is going to be very important. One plan is to create a “sample pack”— a 5 card wax pack that we’d print and distribute to press outlets for review in January, before we launch. But we don’t want to deprive our fans of obtaining this exclusive promo pack too, so we’re currently exploring ways to get it into fans’ hands, including maybe running a “mini” Kickstarter before the end of the year, that would ship in January; a campaign with a very low goal just to cover the printing cost and make it available to everyone, and not just limit it to the media.

Where can fans go to find out more about the upcoming set?

We thank Adam for his time and for supplying us with so many details. After a few years of waiting, we know collectors will be excited for this uprising! Be sure to keep an out for even more details in upcoming issues of Non-Sport Update magazine.

Who Is Hot In The NFL Entering ...