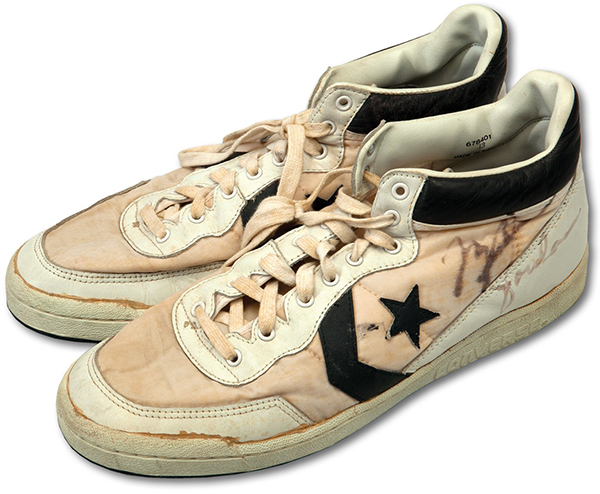 Peanut butter and jelly, thunder and lightning, mac and cheese, Michael Jordan and Nike — some things just belong together. When it comes to sneakers, the Air Jordan line is as iconic as they come. And that’s part of what makes the $190,372.80 paid for the Converse shoes Michael Jordan wore in the gold medal game at the 1984 Olympics so intriguing.

The pair of shoes sold on Saturday, June 10 through SCP Auctions.

Jordan wore the size 13 blue and white Converse mid-tops as Team USA downed Spain 96-65 in August, 1984. He led all scorers that day in Los Angeles, including teammates Patrick Ewing and Chris Mullin, with 20 points in the game. 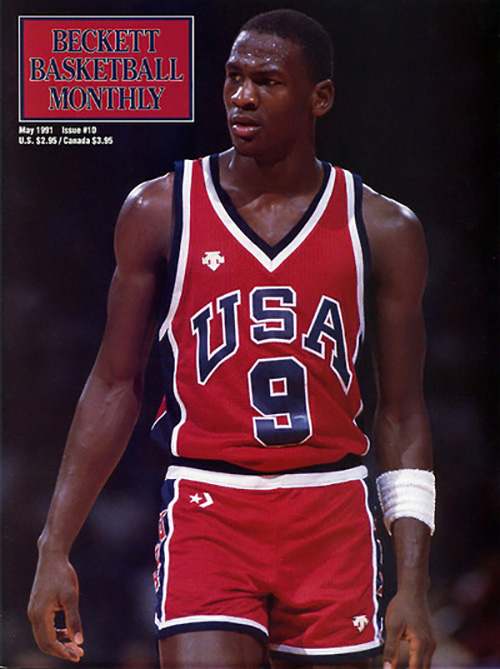 While the shoes now show some discoloration and age, they’re otherwise in tact complete with the laces and Jordan’s insole. Each shoe is also signed, although the autographs have faded somewhat.

Gail Goodrich’s son is where the shoes originate from. He was 11-years old at the time, working as a ball boy throughout the 1984 Olympics at the Forum. The letter of provenance that accompanied the shoes details how the young man got them directly from Jordan in the locker room after the game was over.

According to SCP Auctions, Jordan actually wore two pairs of sneakers during the 1984 Olympics, although these are the only ones he wore in the finals. The other pair of game-used Michael Jordan 1984 Olympic sneakers was offered through Grey Flannel Auctions in 2015.