It has been a long time since we’ve seen a new Michael Jordan NBA card. Panini holds exclusive card rights and Jordan is exclusive to Upper Deck. So while he doesn’t appear officially on the 2018-19 Panini Contenders Basketball checklist, Michael Jordan does make an appearance in the product. 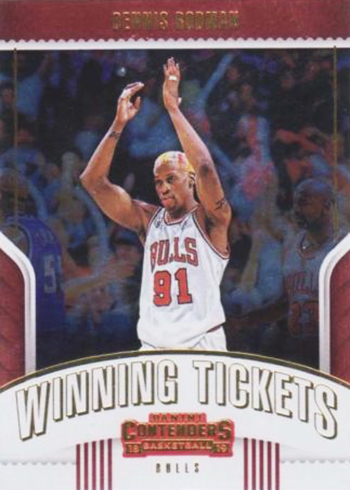 But if you look to his side, there’s his teammate, MJ, in the background, complete with #23 jersey. 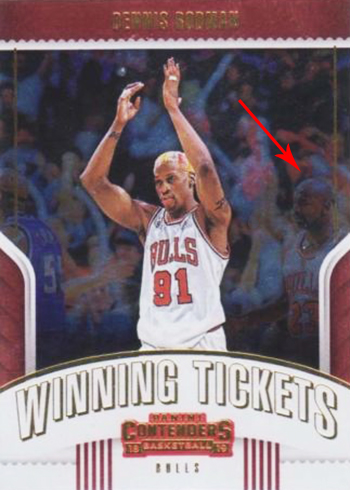 It may not be as notorious as two brothers sitting courtside at a Knicks game, but for Jordan-starved collectors, it’s something.

And as more collectors take note, prices are showing signs they might start rising. When Contenders first came out and this was perceived as just a Dennis Rodman card, most were selling on eBay for less than $5. Now a handful have gone for $10 or more. It might still be early to see if this is a trend or just a few people looking at the novelty of the card and paying extra.

Besides the base version, the 2018-19 Panini Contenders Basketball Winning Tickets Dennis Rodman has Cracked Ice (/25) and Championship Ticket (1/1) parallels. 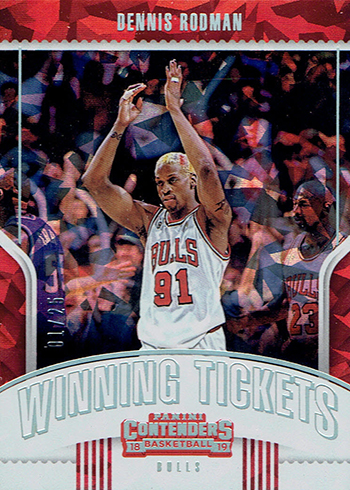