Highlights include items from the  New York Yankees End of the Year Locker Room Cleanout, consisting of game-used helmets, bats, and postseason jerseys from this past season. The items include Judge’s July 4th (Home Run #24) jersey, helmets used by Judge, Stanton, Miguel Andujar and Gleyber Torres.

In addition to the Players Collections, the Auction is highlighted by the football used during the Dec 9, 2018 on the field during the play now famously dubbed the “Miami Miracle.” Auction Manager Dave Amerman explains, “After (Kenyan) Drake raced through the end zone, he tossed the football in his hands high into the air and into the stands. The ball was initially caught by a New England Patriots fan whom, in not wanting to keep a piece of memorabilia that would serve as a reminder of his team losing such a close game — and after conferring with his family who was sitting near him in the stands — sold it to our cosigner who was also sitting near the Patriots fan in the stands.”

The Players collections and Game Used items auction ends on Saturday Night Jan 19th while the Memorabilia auction ends on Sunday Night Jan 20th. Some highlights from the memorabilia auction include the first 1952 Topps Mickey Mantle Card ever offered at SteinerAuctions.com. Other Memorabilia Auction Highlights include a High-Grade Babe Ruth and Lou Gehrig signed baseball, A High Grade 1963 Topps Baseball Set, and an Original and obscenely graphic Drawing from Tupac Shakur to his girlfriend while he was locked up. 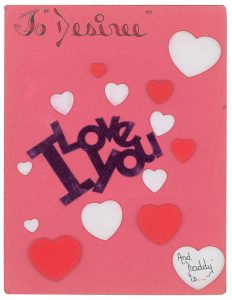