The National Baseball Hall of Fame and Museum in Cooperstown, N.Y., is home to the greatest collection of baseball memorabilia in the world.

And Panini America‘s next baseball card set will be bringing some of those artifacts home to you inside its packs.

No, none of the museum’s items were chopped up to make game-used memorabilia cards in 2012 Panini Cooperstown, which arrives this month, but rather they memorabilia pieces themselves are the subject of a 20-card insert set found in the product. Famous Moments will note — and display — items from the collection, giving fans a look at the items like they perhaps have never seen before.

Some of the items are specific to certain games, while others are simply from players’ careers. A Jackie Robinson glove, for example, was merely used during his career, while one Cy Young baseball was used during the first World Series back in 1903 and another was used on July 19, 1910, when he won his 500th game.

They’re all found at the Hall of Fame in Cooperstown — some on display, some likely not — but they can all be found in Panini America’s Cooperstown very soon. 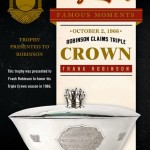 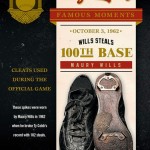 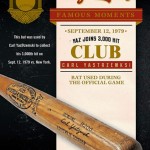 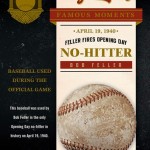 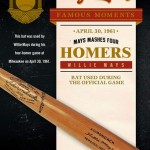 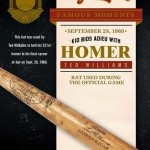 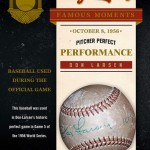 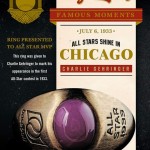 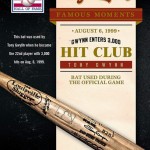 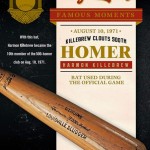 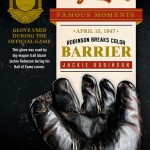 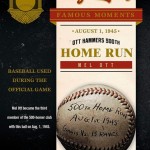 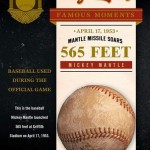 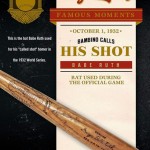 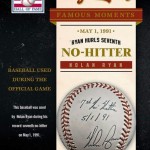 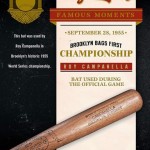 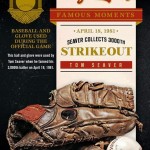 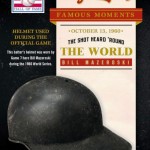 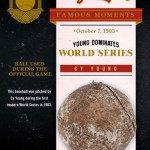 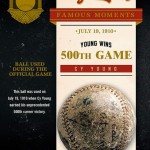