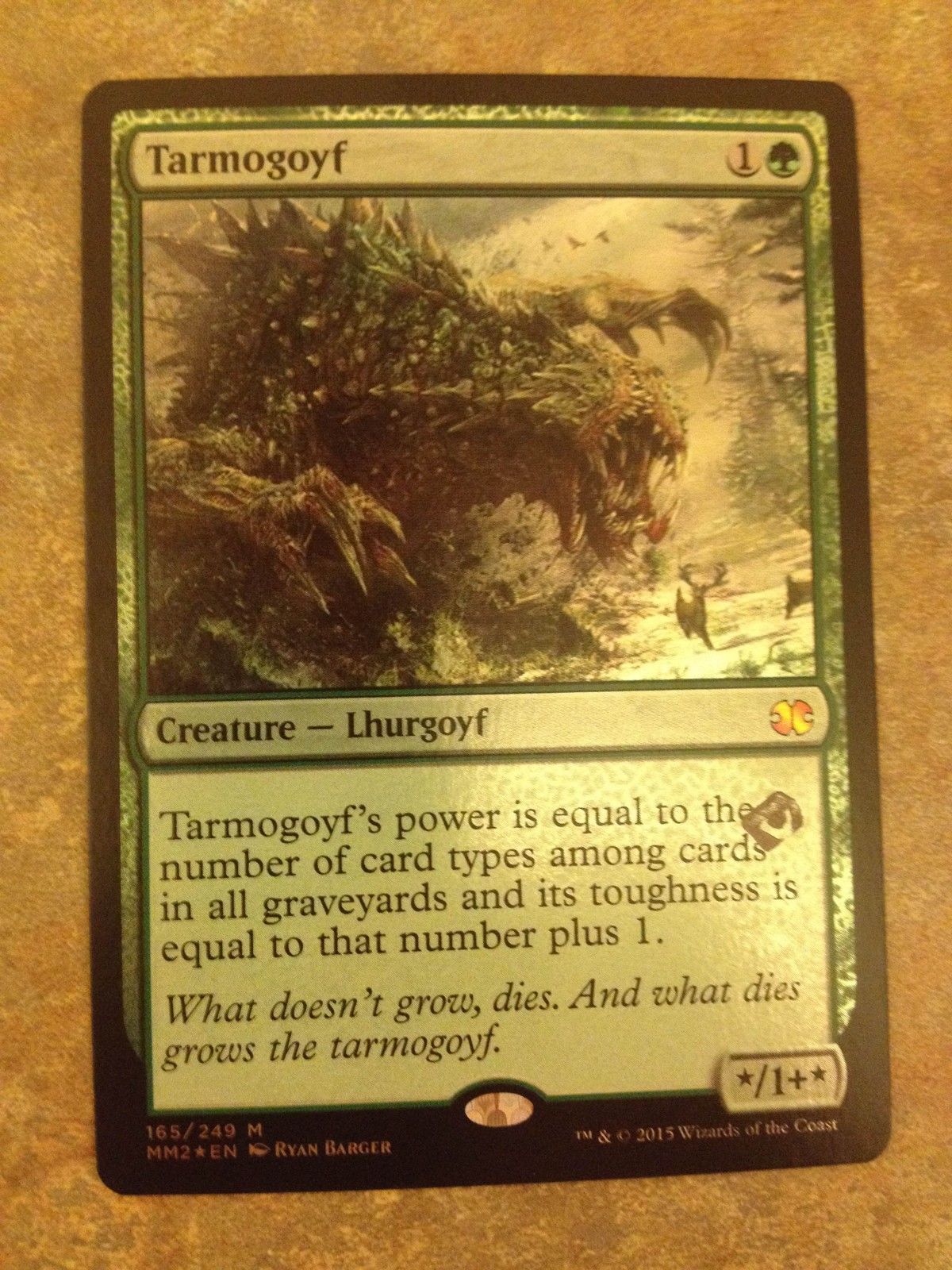 What happens when a professional Magic: The Gathering player pulls a high-profile card during a high-profile tournament deck draft but then decides to not play the card?

Fan fury it seems — and that led to an auction.

The card is a 2015 Magic Modern Masters Foil #166 Tarmogoyf which typically sells for $300 or less per the Beckett OPG. The player is Pascal Maynard and the event was the GP Las Vegas Top Eight.

The final eBay total earlier this week? A mere $14,900 after 61 bids.  Half of the proceeds (if the auction was paid for) were to go to a charity called Gamers Helping Gamers.