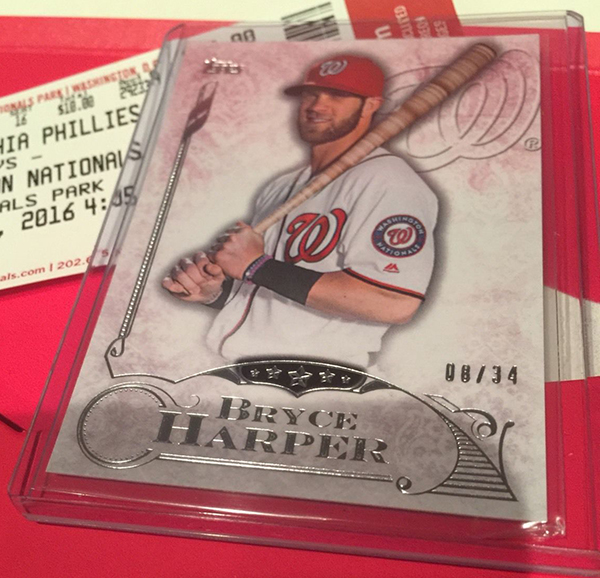 Some baseball cap collectors will find a surprise when they pick up a limited edition New Era Bryce Harper 2015 NL MVP commemorative cap. The hats include one of three exclusive Topps Bryce Harper cards.

Harper, the latest New Era brand ambassador, helped design the special edition cap that includes some of his early accomplishments since making his MLB debut in 2012.

@majordc & @neweracap celebrates the outstanding 2015 MVP season of the @nationals outfielder @bharper3407. This specially designed cap highlights some of the vital stats of the youngest unanimous MVP in baseball history on the exterior, while the interior of the cap contains the jersey fabric of every Nats uniform combo for 2015 season. You can buy one of 72 available caps on Saturday 4.23.16 at the MAJOR Showroom ($80) & pick up the cap on Thursday 4.28.16 (Bryce’s 4th Anniversary in the MLB) at @majordc pop up at the Nats Stadium (a ticket is included). The Best Is Yet To Come…

The Major x New Era Harper MVP Tribute Cap package was done in extreme small numbers. It came with an initial price of $79.99. The pre-sale package, was sold at the MAJOR Showroom in Washington on Saturday, April 23. Just 72 were released at the time. It included a ticket to the Nationals’ April 28 game against the Philadelphia Phillies to pick up their hat as well as one of the three exclusive Topps cards.

Each @majordc x @neweracap x @bharper3407 2015 MVP fitted comes with an invitation for the purchaser to attend the @nationals game on 4.28.16, which marks the 4th Anniversary of Bryce’s 1st game in MLB, along with 1 of 3 special @toppssports Harper baseball cards (each limited to 34 pieces). You can pick up your cap at the game in a specially designed branded package from all of us. The price of each cap is $80, and includes all of the mentioned items. You can purchase the package on Saturday 4.23.16, only at the MAJOR Showroom.   A photo posted by MAJOR Showroom (@majordc) on Apr 21, 2016 at 1:25pm PDT

All three of the cards are serial-numbered to 34 copies each. For checklist purposes, the cards are numbers NE-BH1, NE-BH2 and NE-BH3. 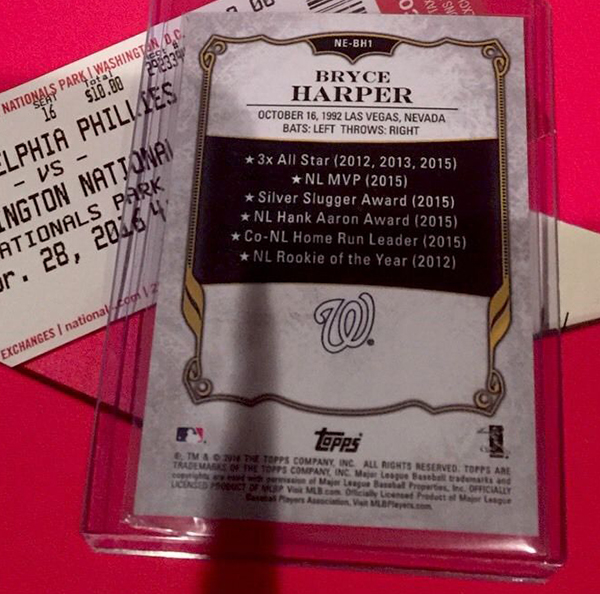 Although the cap’s $80 price tag may seem steep to some, a couple were listed on eBay with starting prices of more than $400 each.

In addition to the MAJOR version, there’s a snapback cap with the same custom design. It’s been made in larger numbers and comes with a smaller price tag (but that doesn’t mean it’s cheap). The one that came with the limited edition package is a fitted cap. 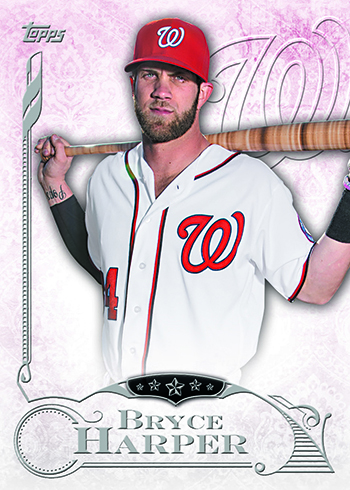 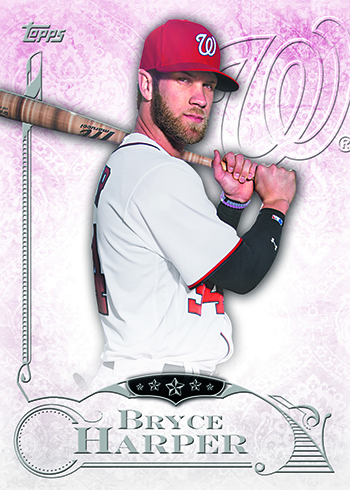 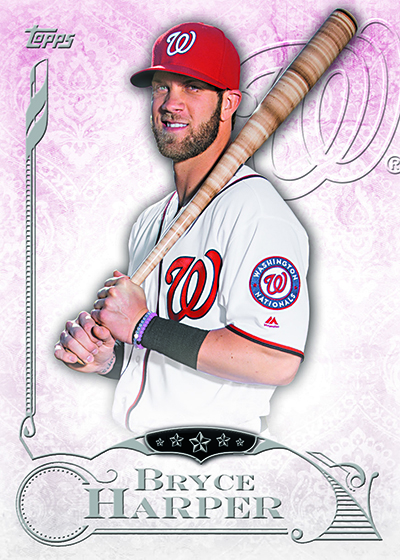 5 Questions to Ask Yourself Before Buying ...