In a shocking turn of events, Disney launched Star Wars: The Mandalorian without a lot of merchandise to go along with it — at least initially. In this age of spoilers, they opted to keep the big reveal a secret — the existence of The Child, a mysterious 50-year-old “baby” that’s the same species as Yoda. As a result, outside of some generic looking t-shirts, phone cases and other odds and ends, it’s going to be a few months yet before the crush of Baby Yoda stuff hits the shelves. One place where the big-eyed cutie can be found is in the 2019 Topps Now Mandalorian trading card set.

All eight of the show’s season one episodes got a mini set of five cards that were available for just one week on the Topps website. While Baby Yoda was revealed early on, its “Rookie Card” didn’t arrive until the Chapter 3 batch of cards.

In total, The Child is on eight of the set’s 40 cards.

Here they all are, ranked. There’s no scientific or mathematical formula here beyond much more that “cute.”

8. #31 Discussing the Situation on Navarro (Chapter 7)

It’s nice to see a nice mix of characters including Cara Dune, who is played by former MMA star Gina Carano. But The Child is more part of the background here. 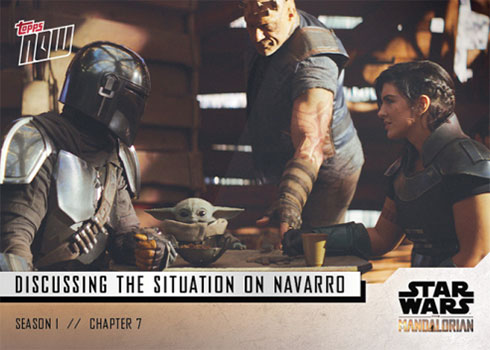 If The Child turns out to be anything like Yoda, much wisdom will it have. 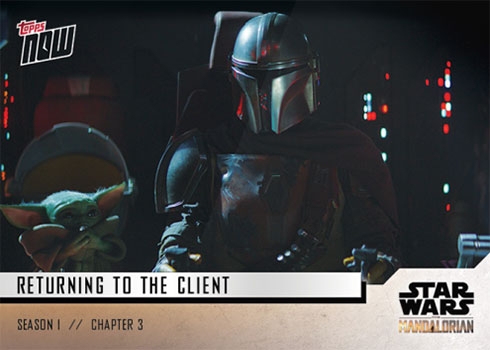 There’s much power in that hand. This card offers a great close-up look at the tremendous detail the puppet has. 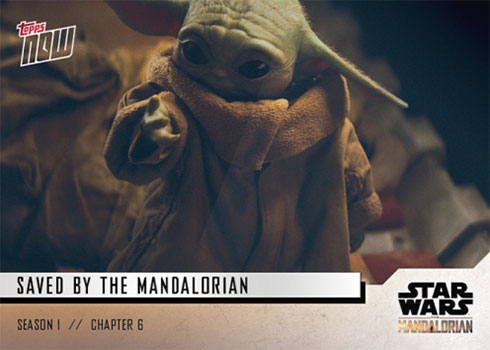 True Detective Season 4? This one’s great purely for the scale and juxtaposition of Baby Yoda and The Mandalorian. There’s an endearing quality to the way the pair are looking at each other, much like a child and parent. 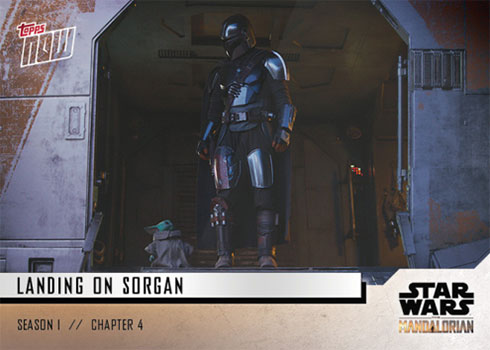 If one were ranking things based purely on meme potential, this might top them all. 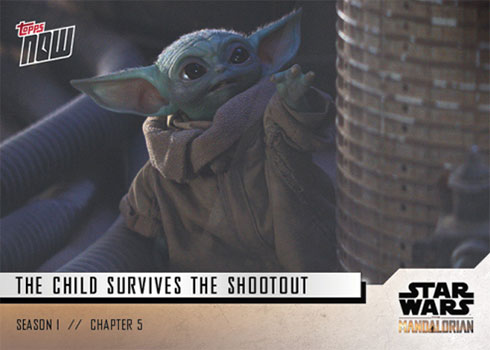 Those eyes. Sure, The Child has a lot of power and even greater potential. But it’s still a youngling. This card, the final one on the Topps Now Mandalorian Season 1 checklist, shows a vulnerable side. 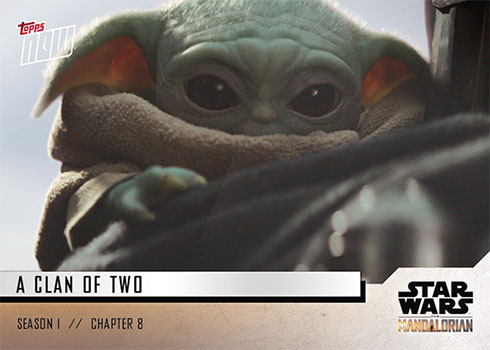 This is one of the first close-up looks The Mandalorian gave us of Baby Yoda. Those eyes. The fuzz! The ears!! And, yes, the comparisons to a car sick Gizmo are fair. 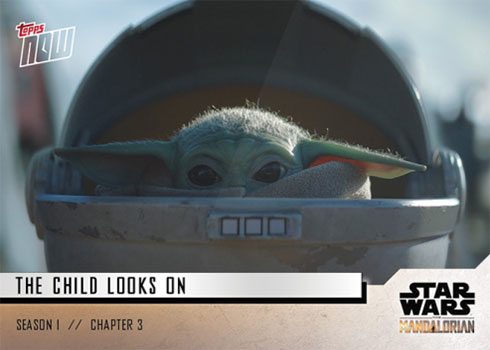 #NewProfilePic. Here’s Baby Yoda in all of its full-body glory. And it’s just the cutest thing. 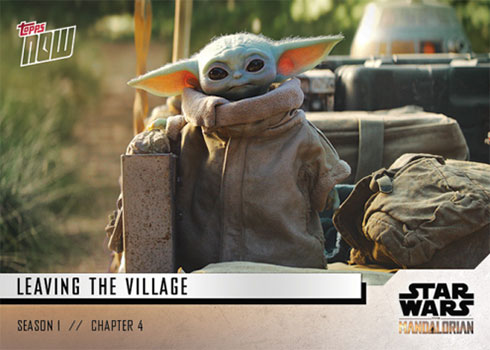