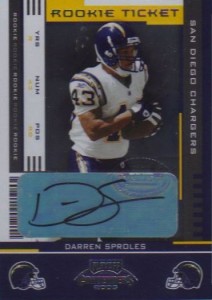 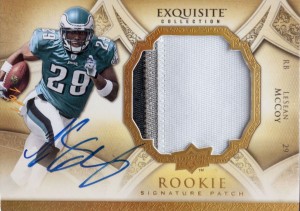 Last year’s collecting attention for the Philadelphia Eagles was on quarterback Nick Foles, who threw 27 touchdowns to just two interceptions. But last night in a Monday Night Football match-up against Andrew Luck and the Colts, it was the Philadelphia running back combination of LeSean McCoy and Darren Sproles who commanded the spotlight in a come-from-behind win to give the Eagles a 2-0 record. In fact, the two accounted for more than 60 percent of the team’s yardage.

“He’s just a special player,” coach Chip Kelly said after the game. “The first day we had him it was, `How many different ways can we find ways to get him the football?’ He’s just a dynamic football player.”

Last week against the Jaguars, the two backs combined for 200 total yards and a touchdown. McCoy is one of the best backs in the league, and Sproles has showed the ability to make a significant impact and is a great change of pace whether running or receiving. Philadelphia’s schedule gets tougher later in the season but in the next month the Eagles face teams with serious injury issues. If McCoy and Sproles can continue this level of impact, they certainly can be the best one-two backfield combo in the NFL. If the Eagles keep winning, they, along with Foles, could get hot in the hobby very quickly.

Here are some cards to consider grabbing: