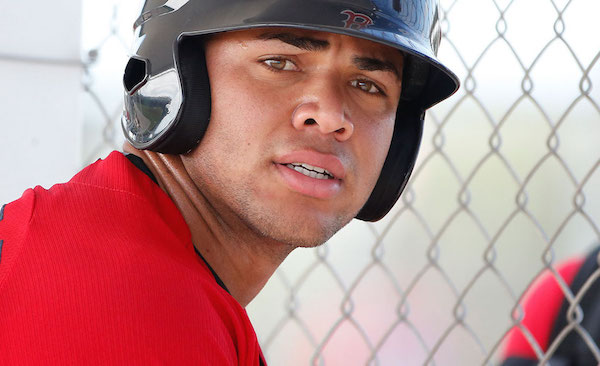 The 19-year-old second baseman signed a record $31.5 million deal with Boston in February. In two seasons with the Cuban National Series, he hit .277 with four home runs and 28 RBI in 101 games. He’ll begin his season with the Class-A Greenville Drive after he finishes in extended spring training.

He made his debut there last week.

“The power of international players in the trading-card market is unquestioned. When it comes to doing whatever it takes to bring that talent to collectors, Leaf is second to none in sparing no expense to achieve this important goal,” said Leaf CEO Brian Gray in a prepared release. “The price to sign Yoan Moncada was unparalleled to date, however his talent is also unparalleled.

“We feel strongly that Moncada will be the player that takes the power of the Cuban players to the next level,” Gray said, “and I couldn’t be more excited to be part of commemorating this game changing player through our Leaf-branded trading cards.”

Leaf did not announce where Moncada will make his card debut.