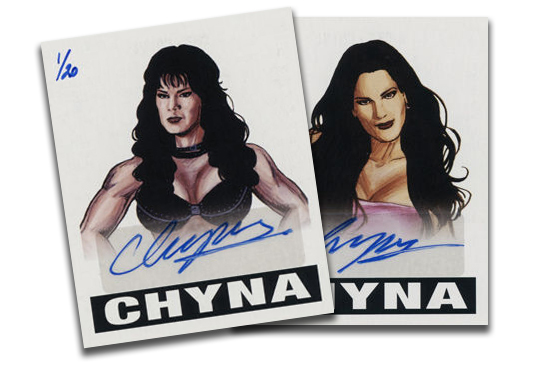 Before her death on April 20, Chyna had only 13 autograph cards. Of those, 12 came in one TNA release, the vast majority of which were parallels. That number has grown by two as a pair of previously unreleased 2012 Leaf Originals Wrestling Chyna have hit the market. Leaf put out the cards through eBay.

The regular version is numbered to 20. An Alternate Leaf Originals Chyna autograph was also released, hand-numbered to 10. 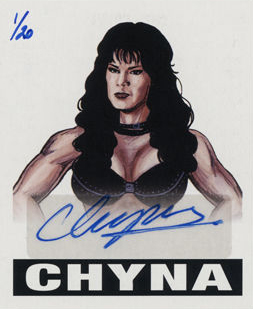 Like other cards in 2012 Leaf Originals Wrestling, these new cards have different illustrated images.Unlike the pack-inserted cards, these use stickers instead of on-card signatures. 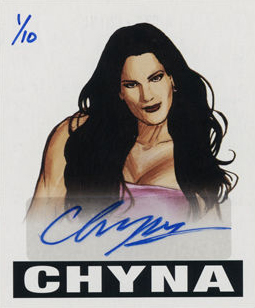 According to Leaf, the cards were printed with the intention of being included when the set originally came out. However, they were never signed. In the time since, Leaf did acquire autographs from Chyna including some that will appear on cards later in the year.

@shinnox No, we put stickers on 2012 cards (she didn’t end up signing for that Set)..Her cards in fall are 2016 cards signed one month ago

Both of the Chyna autographs sold on eBay also come with certificates of authenticity along with a matching hologram on the back of the card.