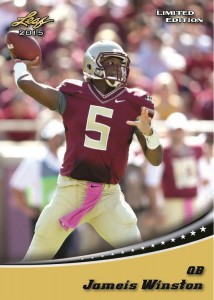 In mid-February, Leaf announced its first product to include the first licensed cards of the 2015 NFL Draft class. An 11-card set, 2015 Leaf Draft Football Limited Edition is being sold on eBay direct to consumer at $19.99 per set. Discounts are available for orders of 10, 20 and 50 sets. 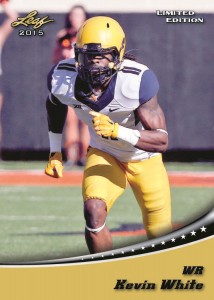 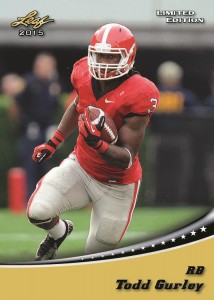 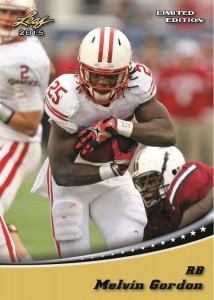 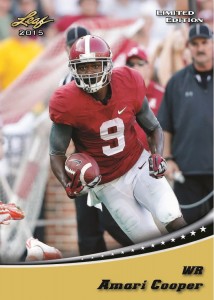 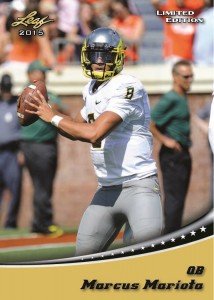