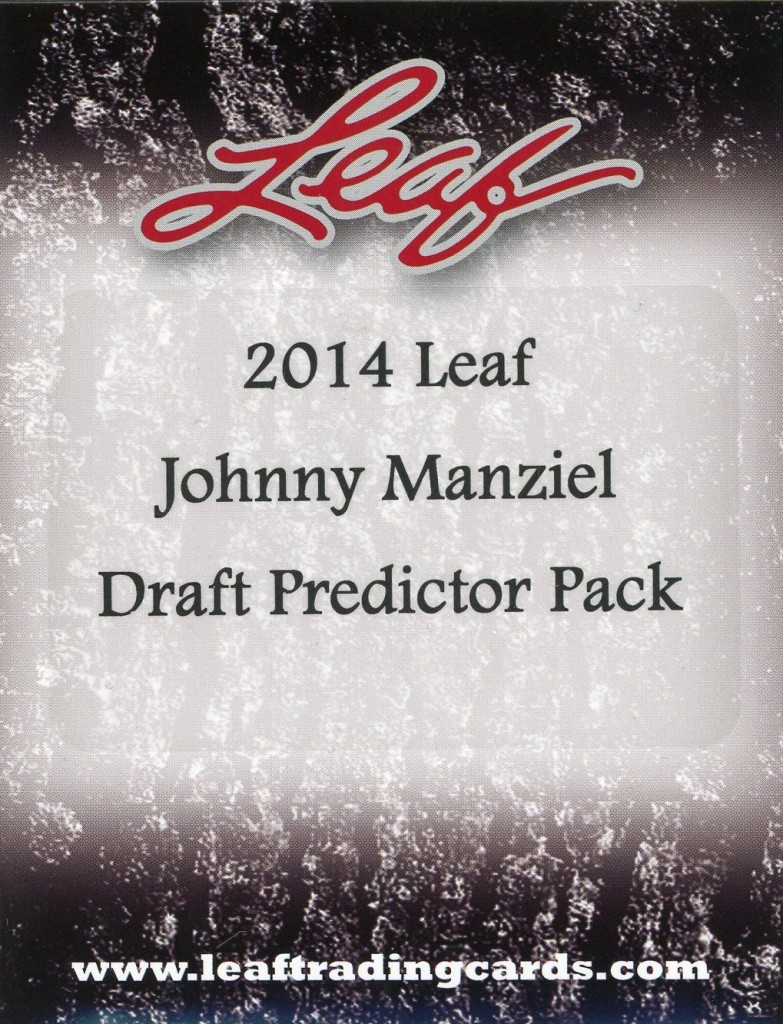 What team is going to draft Johnny Manziel?

Who knows? But Leaf Trading Cards is making contest out of it with 2014 Leaf Johnny Manziel Predictor Packs.

And the only place to get these cards is on eBay.

Leaf is selling these direct to consumers for $9.99. Each pack will feature Manziel on a card with the skyline of one of the 32 NFL teams. Each NFL team is represented with 41 cards produced for each team.

If a collector pulls a card with the right team on it, they can redeem the card for an autographed version of it, also limited to just 41 copies.

Leaf is only selling these cards to those in the continental 48 states, according to the eBay auction