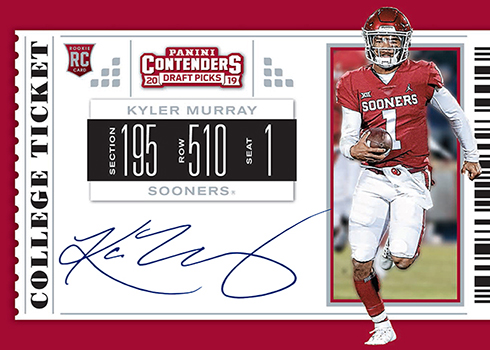 The Heisman-winning quarterback has signed a deal with Panini America that includes signatures in sports card products. The first Kyler Murray autographs from the card maker are in 2019 Panini Prizm Draft Picks. The set is due out at the end of March. 2019 Panini Contenders Draft Picks follows in April. Both of these are college products that will picture Murray as a member of the Oklahoma Sooners.

“I’m honored to partner with a best-in-class brand like Panini America and look forward to having some fun with the cards,” said Murray in a press release. 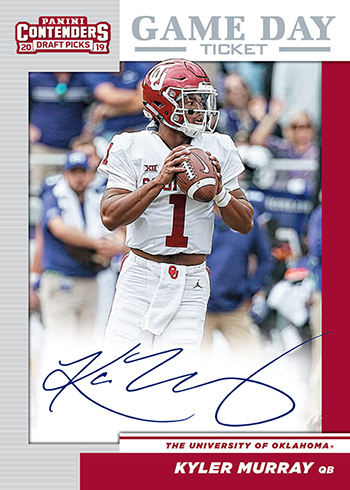 “Because of his spectacular college accomplishments and his extraordinary potential in the NFL, Murray will be a driving force in the success of our products not just during his 2019 rookie season but in the many years to come as well,” said Mark Warsop, Panini America CEO.

Collectors can also expect to find Murray on packaging throughout the season.

Since stating he’s going to focus solely on football, there has been a lot of speculation of where Murray will be taken in the 2019 NFL Draft on April 25. Some are speculating he could go first overall to the Arizona Cardinals.

Murray’s deal with Panini isn’t exclusive. Leaf will also have autographs from the quarterback in their 2019 draft products.