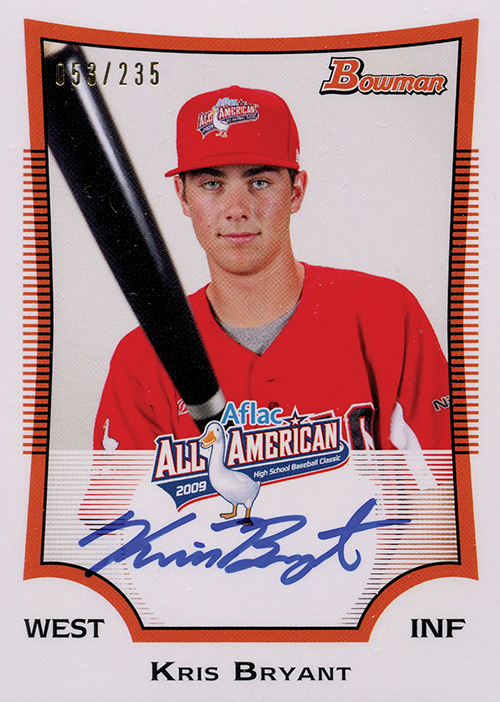 Chicago Cubs third baseman Kris Bryant has signed with Fanatics Authentic on an exclusive basis for autographs and memorabilia, according to a report from ESPN.com.

Bryant joins a stable of signers from the past and present whose autographs for card companies will go through Fanatics — if they sign — unless they have pre-existing deals that have not yet been exhausted. Fanatics will also launch its own memorabilia lines featuring Bryant’s autograph on items and have a booth at this year’s National Sports Collectors Convention beginning July 29 in Chicago.

Although Bryant is a rookie, he’s already appeared on 884 different cards valued at more than $65,400 excluding rarities. His autograph value is bolstered by 396 different certified autograph cards already on the market. His earliest were his 2009 Bowman Aflac cards, which were signed at the prep All-Star event and then released once he turned pro in 2013.