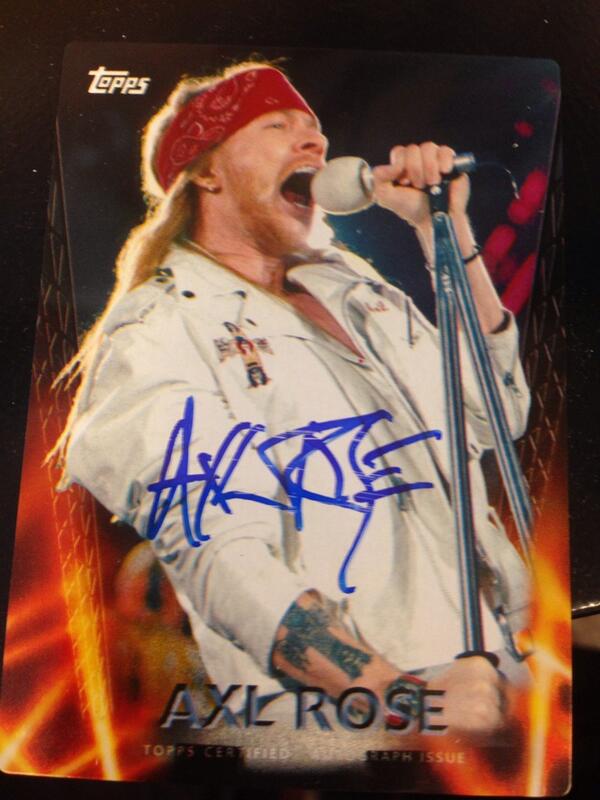 After more than a year, some of Axl Rose‘s Topps autographs are signed, sealed and ready to be delivered.

Topps revealed on its Twitter account Tuesday afternoon the first looks at its 2013 Topps Archives Heavy Metal insert — an autographed parallel printed on metal — that the Guns N Roses frontman finally signed after the card was issued last year via a redemption.

Rose’s other autos, all issued as redemptions, included his standard Heavy Metal card from Archives as well as standard and red-ink autos found in 2013 Topps Allen & Ginter. This year’s version of that set officially arrives tomorrow.

It’s worth noting that the card above is missing the set’s “Heavy Metal” logo is not shown on Rose’s card — not a stretch to guess that that’s perhaps a reason for the delay in signing.