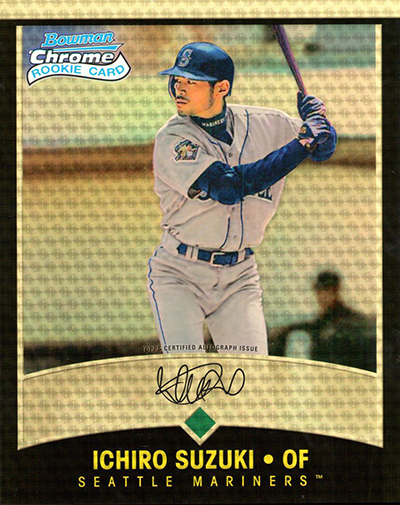 The 2001 Bowman Chrome Ichiro Suzuki came along before Superfractors were a thing. The card never had an autographed version either.

Now there are — at least over-sized versions of the cards.

Topps is currently taking pre-orders for the autographs, which come in several colors that weren’t around when 2001 Bowman Chrome Baseball came out.

One thing stays true to the original card — they’re available in both regular and Japanese versions. Each of the jumbo reprints measure 8 x 10.

Both come in six varieties: 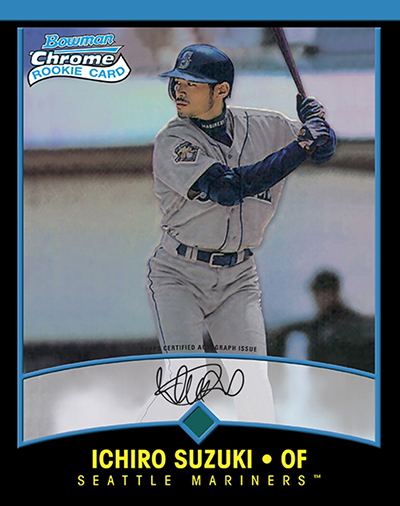 Prices for the cards range from $199.99 for the unnumbered base version to $2,499.99 for the two Superfractors. According to Topps, the final cards are expected to ship at the beginning of March.