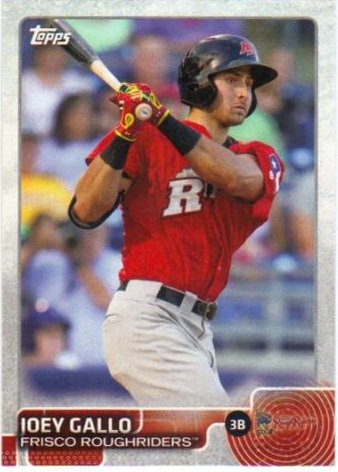 Texas Rangers top prospect Joey Gallo did not disappoint the home fans in his Major League debut last night. The 2012 first round pick was a triple shy of the cycle, going 3-4 with four RBI and a walk. Baseball America rated Gallo the 15th-best prospect in baseball entering the 2015 season, following a 2014 season in which he 42 home runs and drove in 106 runs between High-A and Double-A. In 34 games at Double-A Frisco this season, Gallo was hitting .314 with nine home runs and 31 RBI before an Adrian Beltre trip to the disabled list opened the door for his big league debut.

Gallo currently has 684 cards in the Online Price Guide, including 265 certified autographs and 45 memorabilia cards and 573 serial numbered cards. He does not have any Rookie Cards yet, as all of his cards appear in draft pick and prospect sets. His total value skyrocketed over night jumping nearly 45 percent in a matter of hours. Most of his certified autograph cards have doubled in value, while the majority of base and insert cards have jumped up two levels in the Price Guide.

Sure to be heavily featured on the upcoming Beckett Baseball Hot List, below you’ll find some of his more popular cards. Please note that the prices below have been updated based on recent secondary market sales. These prices will be reflected in the Online Price Guide tomorrow morning. 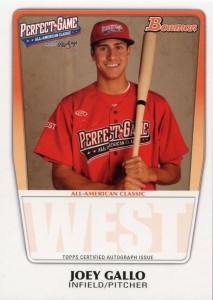 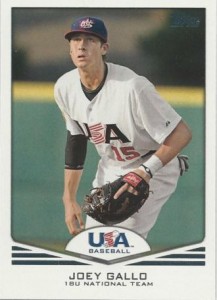 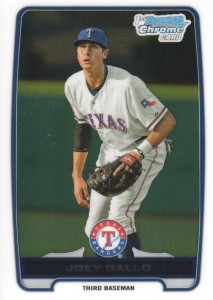 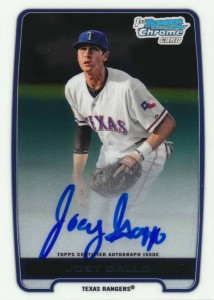 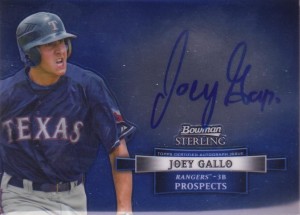 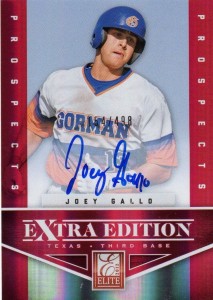