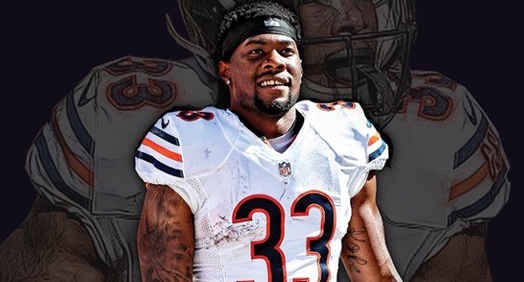 With the 2015 Panini NFL Player of the Day promotion reaching a conclusion, the grand prize winner has been announced. Not only did Illinois collector Rick Brodsky win the whole thing, but he’s also found out who he’s getting to hang out with — projected Chicago Bears starting running back Jeremy Langford.

The prize is a culmination of the season-long hobby shop promotion that rewarded collectors for pulling specific players on certain dates. While there were exclusive cards, autographs and other items along the way, it’s the big prize that is likely to leave the biggest impression for not only Brodsky but Chicago-based collectors in general.

For the 35-year-old Brodsky, who was selected from more than 150,000 entries from 600 hobby shops, things start on April 30 with a party for him and up to 25 of his friends and family where Langford will be joining them. Photos and autographs will ensue.

Following that, it’s off to Chicagoland Sports Cards where Brodsky gets a $250 shopping spree to potentially add to his Bears collection.

Langford will then take part in a free in-store signing for up to 200 of the shop’s customers. 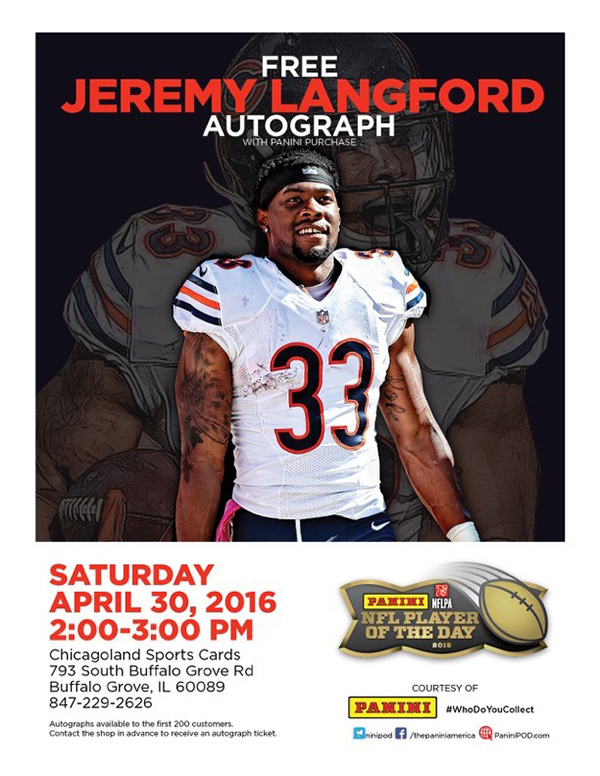 “Since the birth of my son I haven’t been able to collect as much as in the past, but I hope one day when he is old enough we can collect together,” said Brodsky. “My dad and I had so much fun going to card shops and shows on weekends so I would love to pass this hobby on to my son. I can’t wait to share this experience with my friends, family, and fellow collectors.”