Jameis Winston to NFL: Do you want his cards? 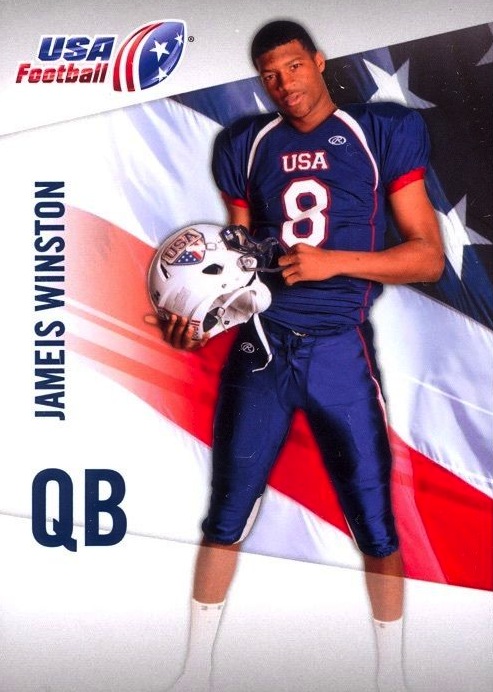 Controversial Florida State quarterback Jameis Winston is headed to the NFL — and he already has trading cards made by Topps and Upper Deck.

The Seminoles’ baseball and football star has nine cards in the Beckett database — one a 2011 Bowman Perfect Game All-American Classic baseball card, one  a 2012 Topps Under Armour High School All-America football card and the rest from the 2012 Upper Deck USA Football release. There, he has three autograph cards, two memorabilia cards and two standard-card appearances.

Winston was the 2013 Heisman Trophy winner and threw for 7,964 yards with 65 touchdowns and 28 interceptions during two seasons. He’s also a potential No. 1-overall draft pick. With an awful showing in his final game, though, and a college career marked by off-field problems, we ask this …