Jack Eichel and Nico Hischier have yet to have any certified NHL autograph cards included directly in packs. But that’s about to change. Upper Deck has signed both of the young stars to autograph deals. 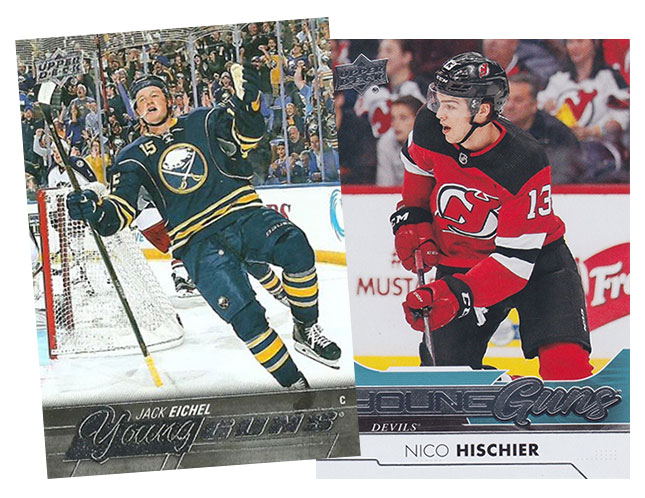 Previously, Eichel and Hischier had exclusive deals with Leaf. Because Upper Deck has the exclusive NHL card rights, that meant no rookie autographs with their team logos. The first are slated for 2018-19 SP Authentic Hockey.

That’s about to change and collectors can expect to see some autographed “cards that never were.”

Upper Deck also announced that they’ve signed a deal with the NHL Alumni Association. This gives the card maker access to hundreds of retired players for their products.

And speaking of retired players, one place you’ll find them is in the new Upper Deck Chronology Hockey, the first part of which is all players from the past.