In the Game will showcase two of its products at the 2012 Fall Expo, and collectors have a chance to get exclusive expo cards.

Forever Rivals and Superlative Hockey Volume III will be highlighted at the 2012 Sportscards & Memorabilia Expo, both of which will be available at the show.

To get the exclusive game-used cards, open a box at the In The Game booth at the expo.

In addition, all those who redeem a box of Forever Rivals will be eligible to win a Forever Rivals commemorative art piece by Paul Madden, whose work has appeared in many ITG products.

Each collector opening a box Superlative Hockey Volume III at the ITG booth will get two exclusive team Superlative Game-Used Memorabilia cards. These cards will feature three, four, five and six pieces of memorabilia. Each card will be limited to 10, including one gold 1-of-1.

ITG will also hold several contests and games at its booth. 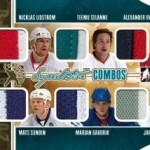 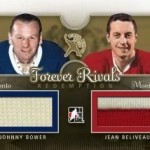 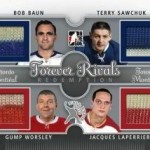 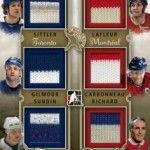 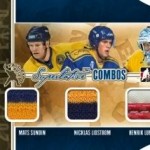 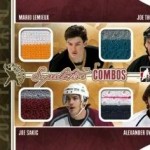 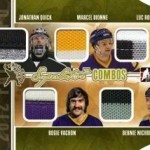