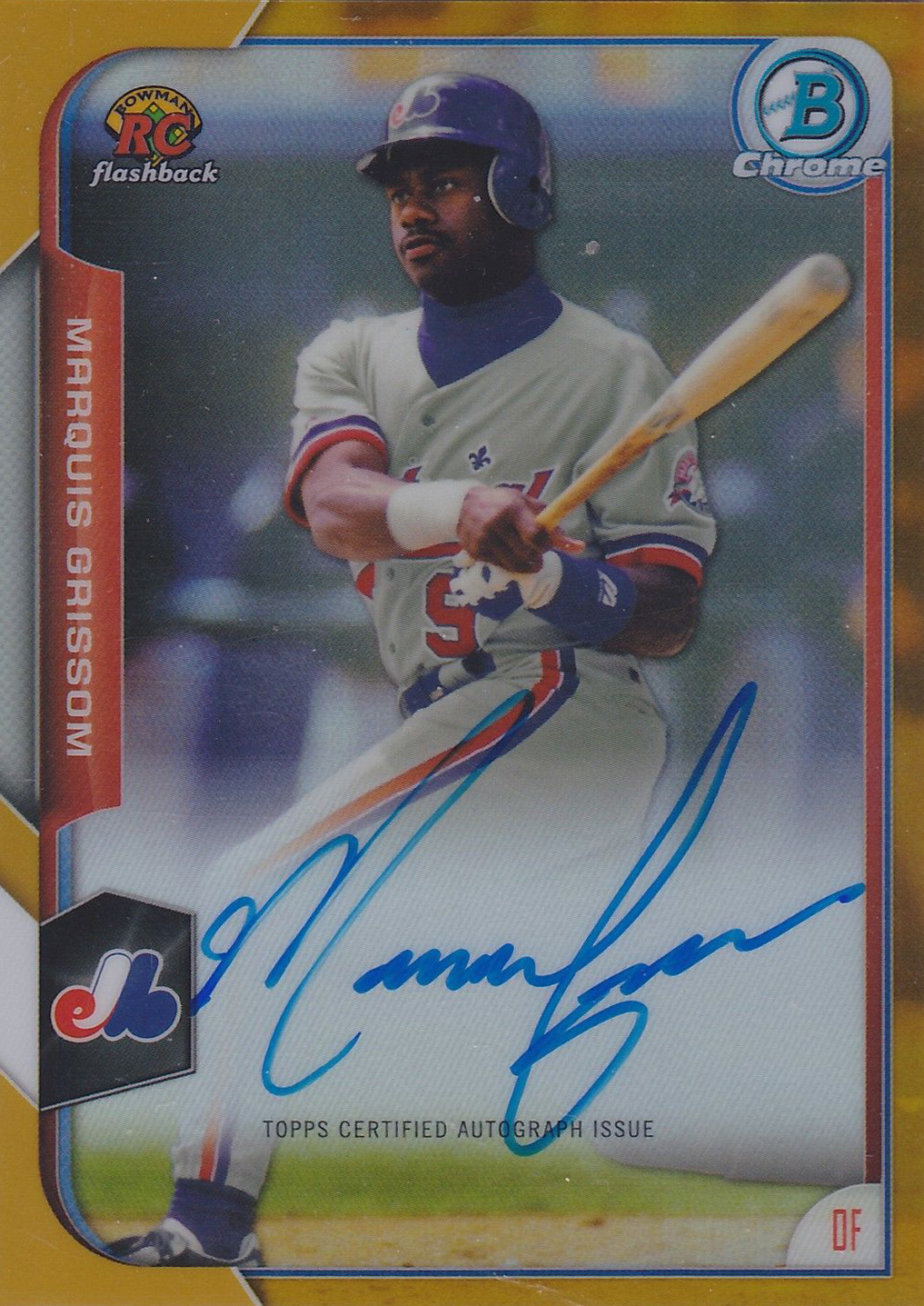 It only took 25 years, but Marquis Grissom has a certified autograph card.

The news comes 10 years after his last of 17 seasons in MLB — a career where he was a two-time All-Star, a four-time Gold Glove winner, a two-time NL stolen bases champ and a World Series winner with the Atlanta Braves back in 1995.

The .272-lifetime hitter is one of seven 1990 rookies who are revisited on flashback cards in 2015 Bowman, which arrived on Wednesday from Topps. Grissom now has five certified autographs in the Beckett database (click here for a complete checklist) with each player on the checklist signing a standard card, a Gold Refractor (/50), a Red Refractor (/5), a standard Refractor (/99) and a 1/1 Superfractor. 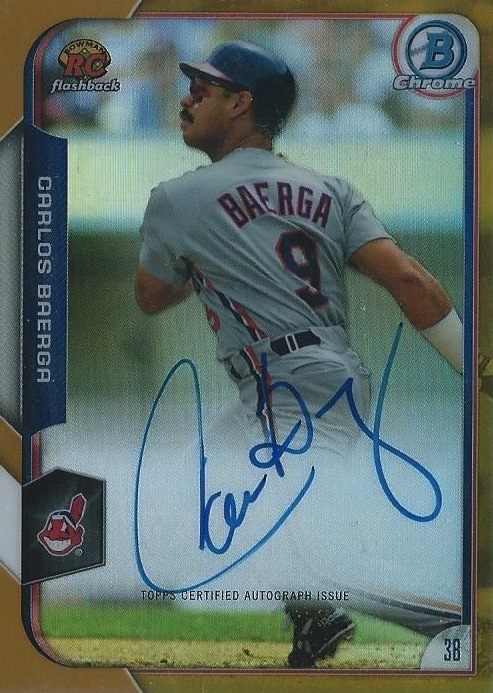