Come late July, collectors can get their hands on the 2011 installment of early-season regular Rookies & Stars Football. With a $4-per-pack price tag, it’s the right kind of product to kick off the coming kickoffs.

Showcasing — well — rookies and stars of course, the Panini product is slated to hit shelves on July 27 with an array of per-box bells and whistles.

Furthermore, as Panini America NFL Brand Manager Carlos Torrez explains, “… It will be the earliest program to feature more than 130 NFL rookies and there will be one Rookie Card in every pack … There will also be 35 embroidered-patch rookies starring players who attended the 2011 NFL PLAYERS Rookie Premiere.”

Other finds in 2011 Rookies & Stars include:

And now for some literally weird, but metaphorically delicious eye candy: 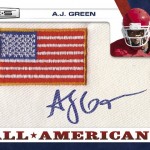 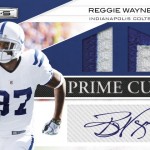 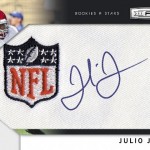 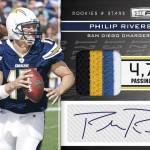 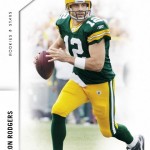 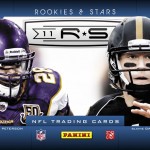