What Makes This Christy Mathewson Signed Baseball So Special?

Any ball signed by Christy Mathewson is special. He doesn’t have nearly the number of autographs out there as some of baseball’s other legends like Babe Ruth or Lou Gehrig.

But one particular Mathewson autographed baseball stands above others. It’s regarded as one of the finest single-signed Mathewson balls in existence. And it’s currently a centerpiece in Goodwin & Co.’s Masterpieces and Uncommon Commons LXXV auction. 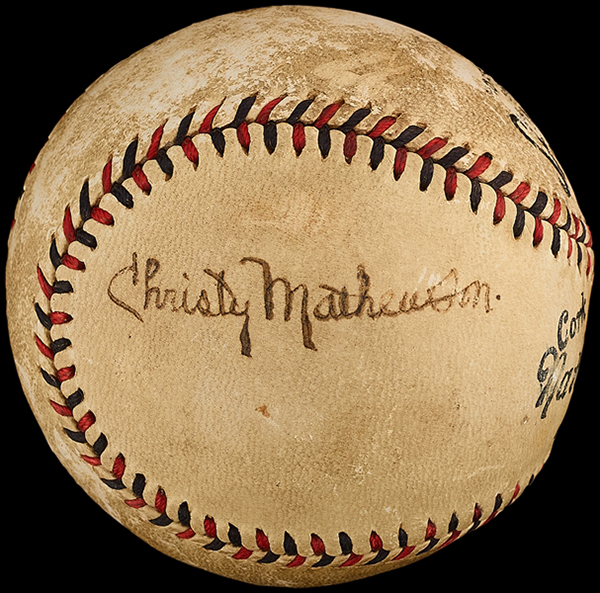 In this video, James J. Spence Jr. breaks down what makes the ball so unique.

According to the auction description, the origins of the ball go back about a century ago. A banker, and avid New York baseball fan, got the Hall of Famer to sign the ball while he was in town after being traded to Cincinnati. The banker had been a regular in the New York City baseball scene during the Dead Ball Era, so Mathewson knew him well from his days with the New York Giants.