“I am better than Jordan!” and 24 Other Leaf LaVar Ball Autograph Inscriptions 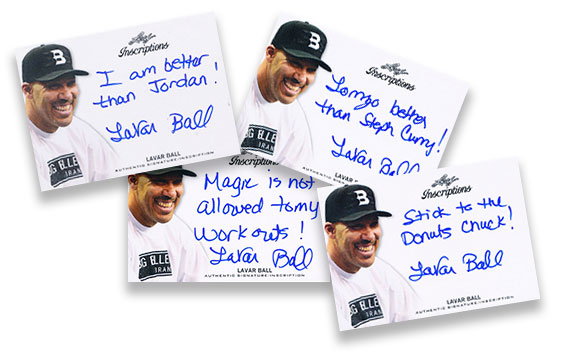 LaVar Ball is one of the most polarizing figures to enter the sports scene in some time. Father of top NBA prospect, Lonzo Ball, LaVar has made it a habit of dropping a wide range of controversy and controversial remarks in his path. Now, many of his most quotable moments have been captured in a limited edition series of Leaf Inscriptions LaVar Ball autograph cards.

From his public negotiations for a billion-dollar shoe deal for his sons to making confident comparisons to NBA great like Michael Jordan and Steph Curry, Ball doesn’t shy away from saying what he feels (or knows will get him some airplay).

As reported by ESPN’s Darren Rovell, Leaf released the LaVar Ball autograph cards directly through eBay. A total of 200 cards were available at a cost of $59.95 each. They sold out in less than two minutes.

Several were quickly relisted on eBay by some looking to flip them. Assuming the sales are completed, several of the relisted cards didn’t last long with a mark-up over four times the original price. 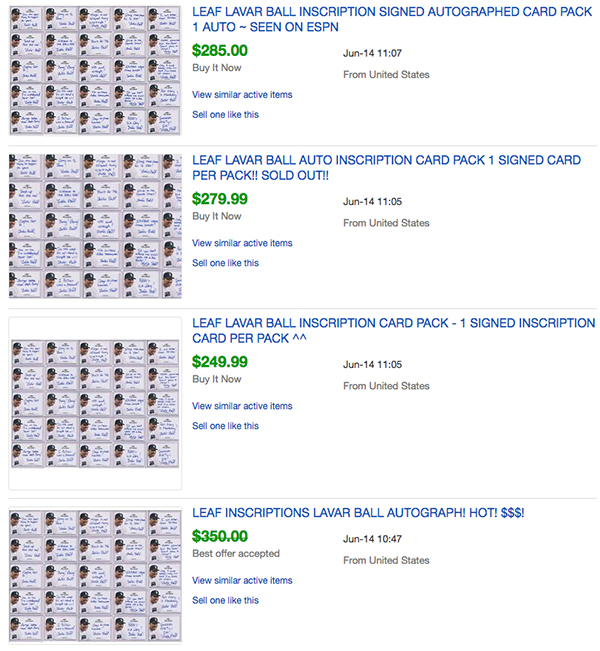 While there’s a wide range of inscriptions available, they’ll be randomly chosen. That means collectors won’t know if they’re getting “Stick to donuts Chuck!” (in reference to Charles Barkley), “1 billion was a discount!” or one of over 20 other available inscriptions.

The cards are autographed by Ball. He also wrote the inscriptions himself.

Please note that some of the cards contain adult language, which has been replaced with *** below. 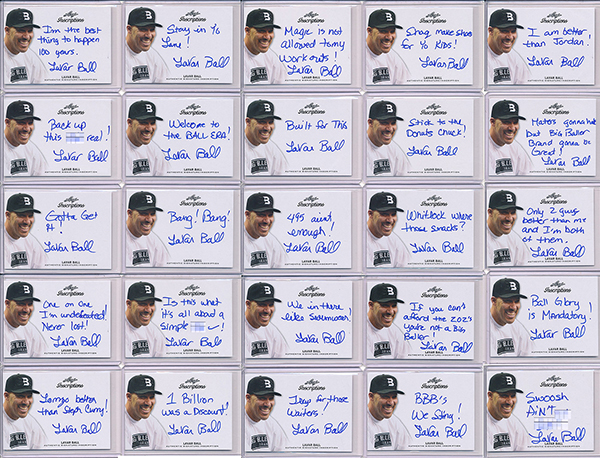