When you hear the term “pressing” in relation to cards, the first thing you may think of is a “screwdown” card holder.

In the late ’80s, early ’90s we put every card of value in a screwdown holder. For younger collectors, I don’t mean the holders with a single screw in the top middle of the holder. I’m talking a half-inch thick slab of Lucite that was drilled in all four corners so that a screw could be screwed to the bottom of the holder through the top. And if your card was vintage and real valuable, you put that sucker in the big boy holder. That card went into the one-inch thick screwdown, a brick of value and beauty that sometimes resided in a velvet pouch made just for the screwdown, or a Crown Royale bag if that’s all you had.

In my collecting timeline, it was around 1990 when I discovered that if I placed a card first into a penny sleeve, I reduced the risk of screwdown damage.

Screwdown damage? But I thought you just said a screwdown was used to protect valuable cards?

Yes and we thought cigarettes weren’t really worth a health warning until 1964. The thing is, we didn’t know any better at the time. It only took one card and the peeling of the cards surface off and onto the top part of the screwdown that I learned quickly there has to be something better.

While I solved one problem of the screwdown, I never seemed to have caught onto the fact that the penny sleeve was just part of the problem. The real problem was in how the holder itself worked. The old screwdowns did not have a recessed area and held a card in place by good old friction. You don’t want that card to somehow slip out the side so you cranked down on those screws tight. As tight as they would go. Sometimes so tight, the plastic surrounding the screws would crack.

That squeezing action damaged cards, especially on its corners and surface. If you have ever seen, say for example, a 1975 Topps George Brett Rookie Card with glassy smooth surfaces at the corners, that’s a card that has been pressed with a screwdown.

If you have ever seen a vintage card with what looks like something had smashed an impression into the surface? That is when a card is in a screwdown and a foreign object, such as dust, becomes trapped between the holder and the card’s surface.

How Is Pressing Used to Alter a Card’s Condition?

There are several ways pressing can be used to alter a card. The most common use of pressing is to remove surface flaws such as bends, surface wrinkles and even full blown creases.

If a card has a bend or wrinkle, pressing can help correct a bend and flatten some wrinkles making it sometimes nearly impossible to detect without a close examination if the pressing was done properly.

Creases are harder to get rid of by pressing only. But they can be flattened and minimized to the point of making them hard to detect at first glance. In the right holder, they could be good enough to be impossible to see without removing the card from the holder.

To understand better, let’s use an actual card as an example. Let’s look at a 1961 Topps Roger Maris. 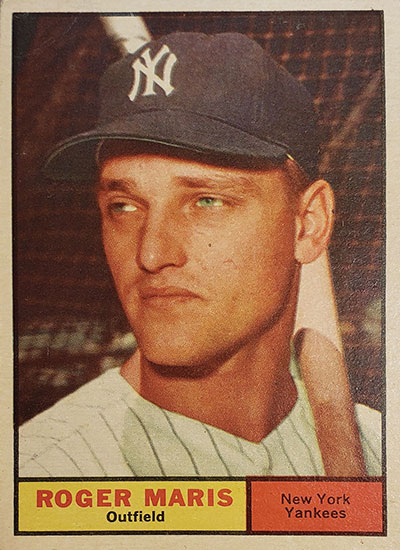 At first glance, this is a clean looking card. There is not any damage that is obvious to the naked eye.

But as we see when we do a simple light reflection examination, there is surface damage hiding near the top leftcorner.

This damage is clearly a crease, or at least it was once a crease. Now, it appears to be no more than lines in the surface. There is nothing protruding from the surface like a wrinkle or crease would. If you run your finger across the surface, you will not feel anything. 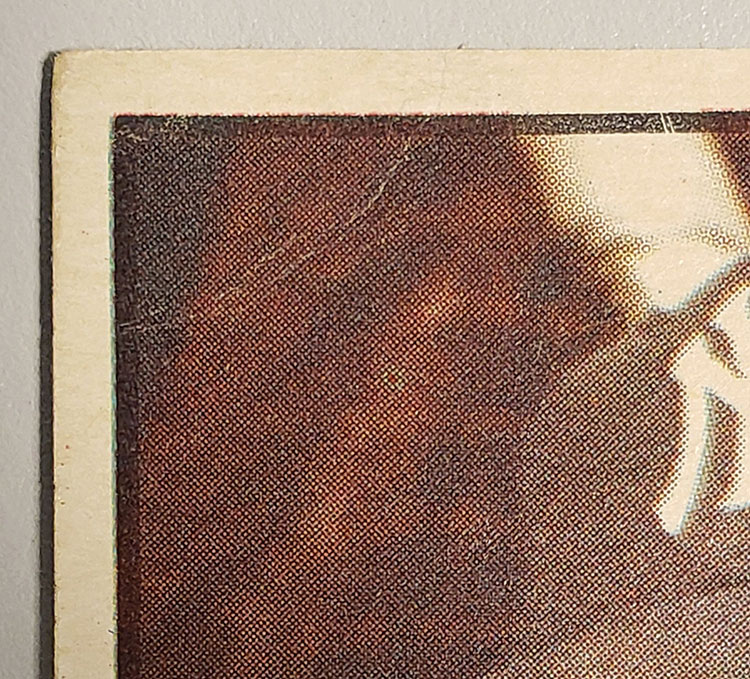 Detail of the pressed crease.

This is a pressed out crease. This type of alteration was not the result of using a screwdown to press, it was another method used that presses the surface only in the area of the crease. 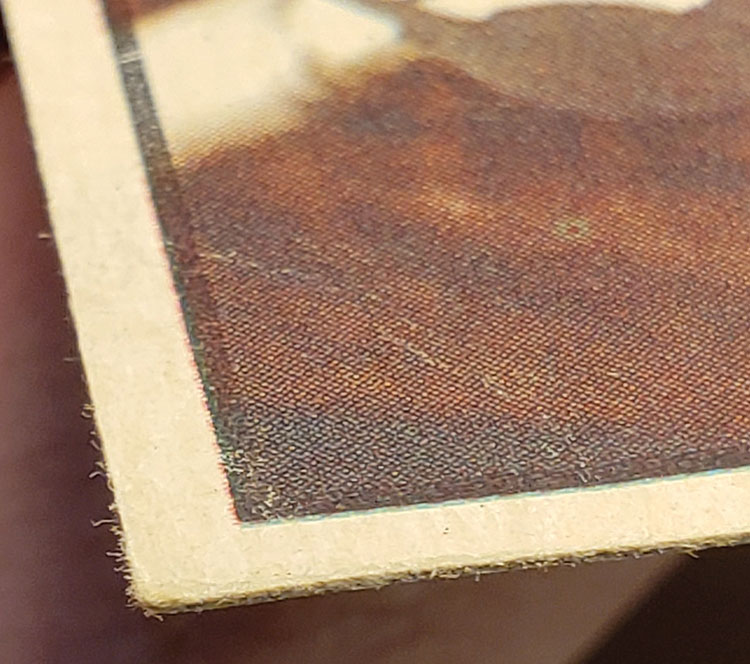 Edge of card showing the thinning of the stock from pressing.

This alteration has another surprise. When we look at the pressed crease under a loupe, we can see that there are areas in the crease where it broke the card’s surface exposing the raw stock underneath. Where the bare stock is exposed, someone has gone in and added color in an attempt to hide the crease even further.

No matter what method of pressing is used, starting with an examination underneath a proper lamp and reflecting the light off of the card’s surface will illuminate most pressed wrinkles and creases. 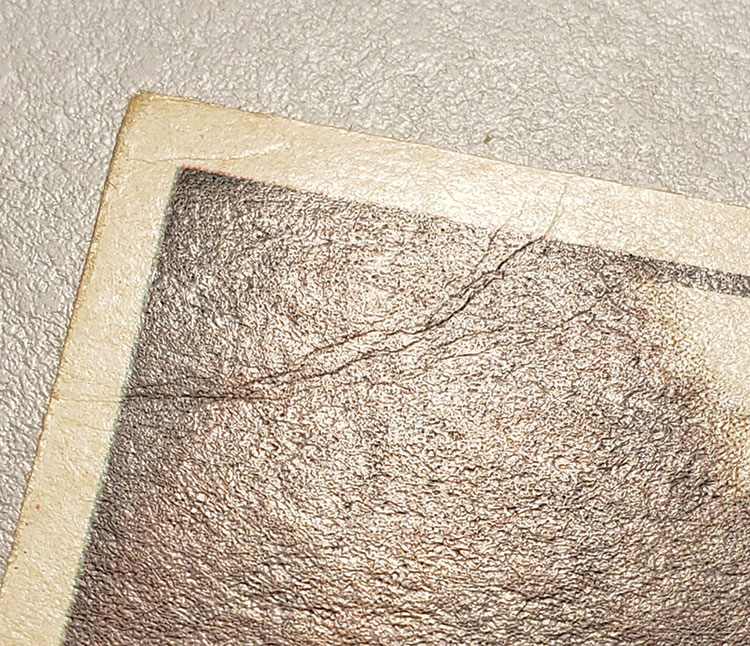 The pressed crease under a proper light source.