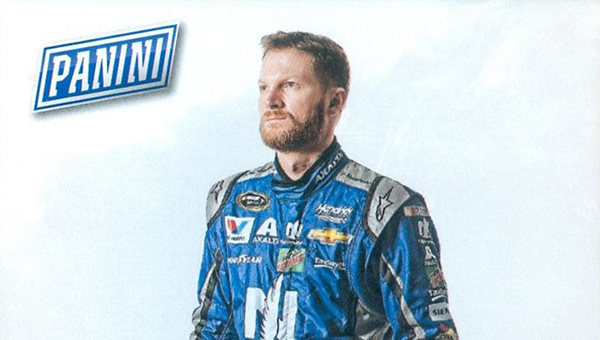 It has been more than 18 months since the last licensed NASCAR cards were released. They’re back — officially. The 2016 Panini Father’s Day promo set features the first racing cards since Press Pass went out of business in January, 2015.

Although the 2016 Panini Father’s Day cards aren’t supposed to release until Friday, some singles started hitting eBay a couple of days earlier. Among them — a trio of racing superstars: Dale Earnhardt Jr., Danica Patrick and Kevin Harvick. They all come towards the end of the veteran portion of the base set, numbers 36-38.

The cards take a portrait approach with the racers in their uniforms and a light, mostly white backdrop.

Panini officially announced the acquisition of the NASCAR license at the 2016 Industry Summit, however they haven’t released a full racing product as of yet. The first is currently scheduled to be 2016 Panini Prizm Racing in July. 2016 Panini Torque Racing follows about a month later. 2016 Panini Certified Racing and 2016 Panini National Treasures Racing wrap up the NASCAR trading card season in the fall.

The 2016 Panini Father’s Day set is aimed primarily as a promotion for hobby shops. Racing is just a small part of the overall multi-sport checklist, which also includes basketball, football, baseball and soccer.

For the racing fans out there, here are the three NASCAR cards in the product. 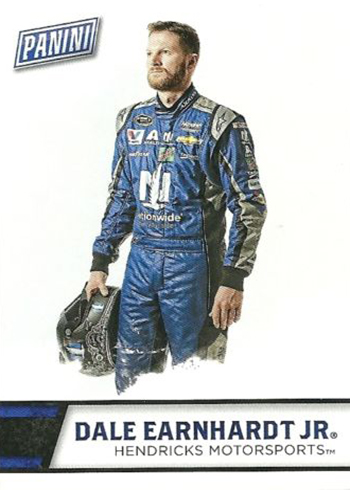 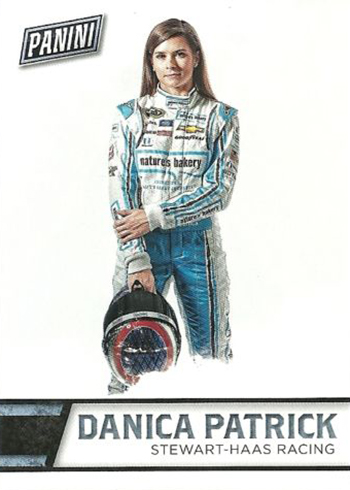 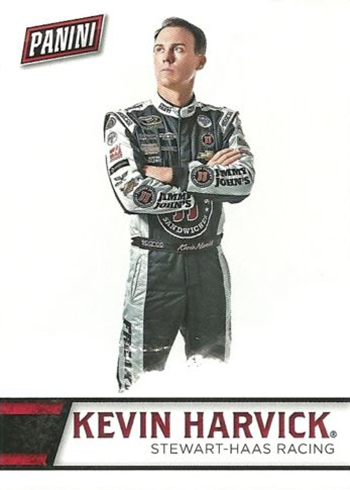 Want to Own a Game-Used Stephen Curry ...