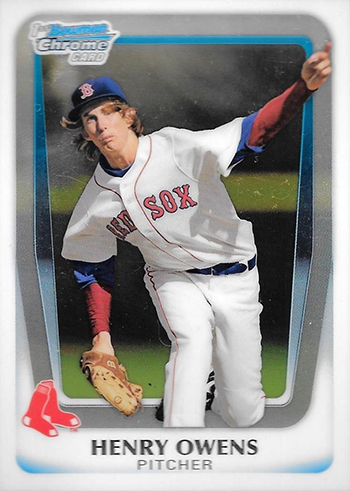 Henry Owens, one of the top prospects on the Boston Red Sox, has signed an exclusive autographed memorabilia deal with Topps. Under the deal, Topps Authentics — the company’s memorabilia arm — will be the only place to buy signed items like balls, jerseys and photos.

They will be made available on the Topps website. And while collectors can expect to find special over-sized cards among the offerings, the exclusive applies to memorabilia. This means that you still might find Henry Owens autographs in other trading card products.