The Harold Baines Rookie Card lineup might not be flashy, but it gets the job done. Which is appropriate, because that’s how Baines was on the field a lot of time.

Although one of the most popular and respected players in the 1980s, it has been a long time since Harold Baines cards caused much of a stir in the hobby. With his surprising Hall of Fame election, that will change to a certain extent but it’s still not likely to cause a sudden surge.

Over the course of a 22-year MLB career, Baines played for six different teams. However, he’s most known as a member of the Chicago White Sox, whom he spent three different stints with. The 1977 first round pick is a six-time All-Star. And while consistency was a key to Baines’ longevity, he cracked the top 10 in American League MVP voting just twice.

He finished his career close to several key milestones, including 2,866 hits and 384 home runs.

Yet it was enough for Baines to get voted into Cooperstown via the Today’s Game Era ballot. The 16-person panel making the decision consists of owners, retired players, umpires and executives. Baines received 12 of 16 votes, exactly what was required for the 75-percent minimum. Joining Baines is Lee Smith.

So for those with Hall of Fame collections, it means Baines is part of the quest. He has just three Rookie Cards in 1981 sets. This is the year Donruss and Fleer joined Topps (and O-Pee-Chee) the MLB fray, although only one of these new additions included Baines on their checklist.

The first Harold Baines card came from a TCMA minor league team set. It’s plain and not altogether exciting, but it’s also relatively rare. Approximately 1,100 sets were initially made. With Baines’ Hall of Fame induction, that rarity and the fact that this is his debut baseball card could lead it to outpace growth from his more readily available Rookie Cards. 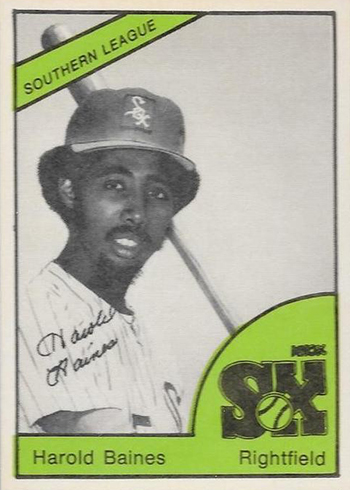 If you thought the 1978 TCMA was bland, the other Harold Baines minor league card takes it even further. Fully black and white, there’s not a lot to it other than Baines’ presence. Generally speaking, this card is tougher to find today than his 1978 TCMA card. Measuring 2 5/8″ by 4 1/8″, it’s bigger than a traditionally sized card. 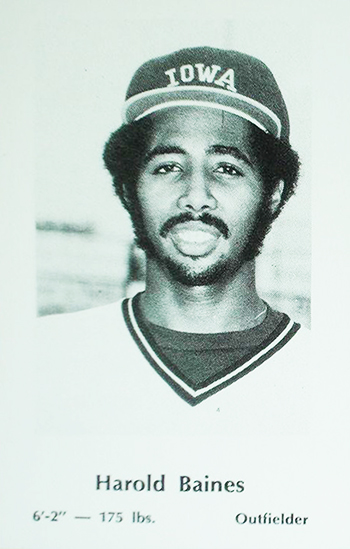 1981 Fleer Baseball doesn’t get a lot of love. One could argue it’s an appropriate parallel for one of the set’s key Rookie Cards. 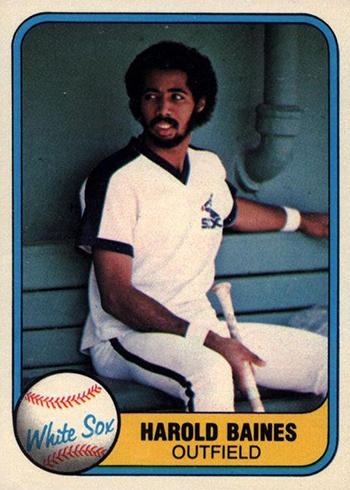 1981 O-Pee-Chee is the rarest and most valuable Harold Baines Rookie Card. Released in Canada, it’s nearly identical to its Topps cousin other than the brand name on the front and bilingual text on the back. The image and layout match the Topps card.

For collectors looking to get everything Harold Baines Rookie Card-related, this card does have a variation based on the color of the card stock on the back. White stock versions are the most common. Gray backs are noticeably tougher and can carry a price premium. 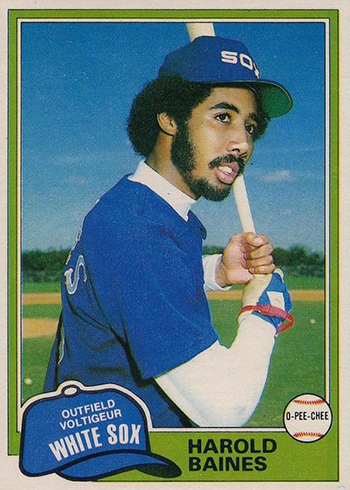 If you had to go with the most recognized Harold Baines Rookie Card, this would be it. The combination of being part of the main Topps line and the year’s distinct cap icon probably play a big role in that. While it’s not an overly expensive card, it did manage to squeak onto our list of the Top 100 Baseball Cards of the 1980s. Baines joins Tim Raines as the only Hall of Famers with Rookie Cards in the set. 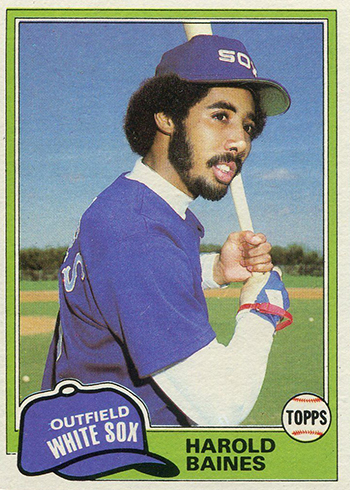