Promising more Rookie Gridiron Gems than in previous years, Panini America‘s 2011 Gridiron Gear will arrive to the pleasure of pullers in mid November.

The manufacturer revealed information today regarding the influx of these now numbered-to-349, eight-per-case Rookie Cards and more about the upcoming release.

Panini’s director of product development Ben Ecklar explained, “Unique collectible enhancements such as the pull-out memorabilia autographs, embedded rubber helmets and NFL field plates really make Gridiron Gear stand out from the crowd and give the product a distinct and instantly recognizable identity among collectors.”

Other identity-shaping product features include … 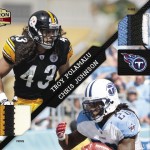 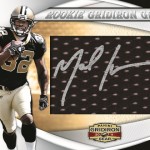 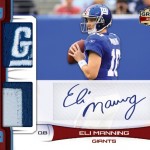 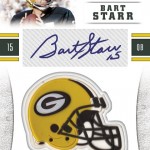 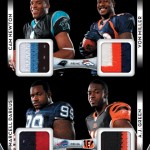