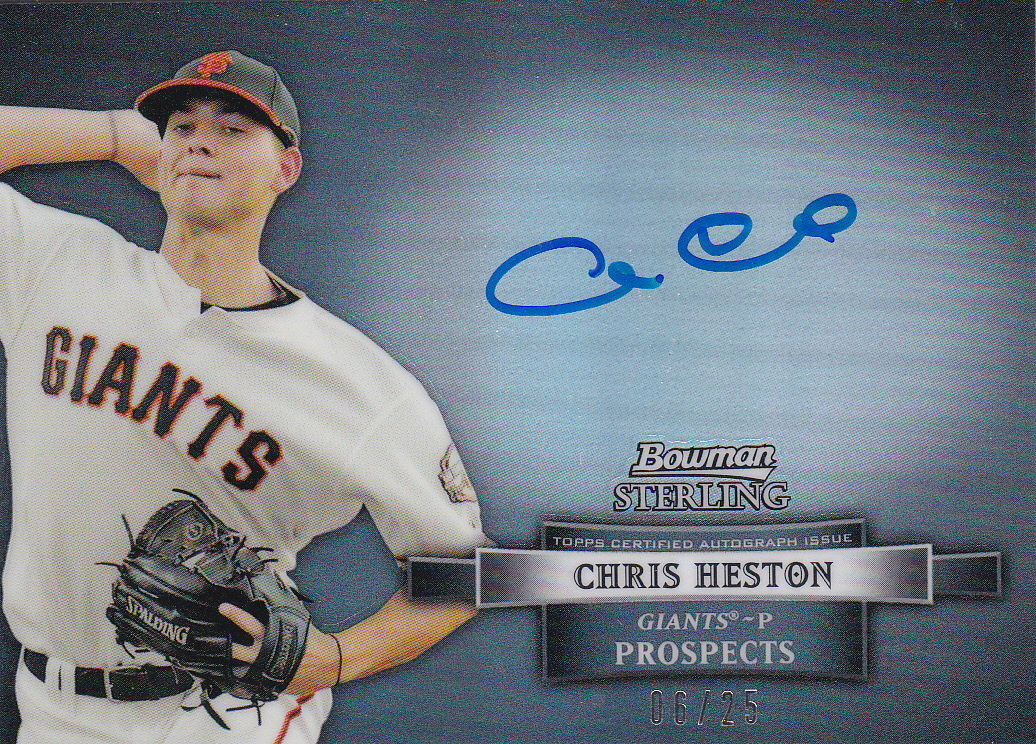 The right-hander from Palm Bay, Fla., dominated the Mets striking out 11 as part of a 5-0 win Tuesday night in New York. He moves to 6-4 this season.

On cardboard, Heston has a limited resume of just 78 cards valued at $343, excluding rarities too scarce to price. He appears on one Rookie Card so far with 27 certified autographs and zero game-used memorabilia cards. 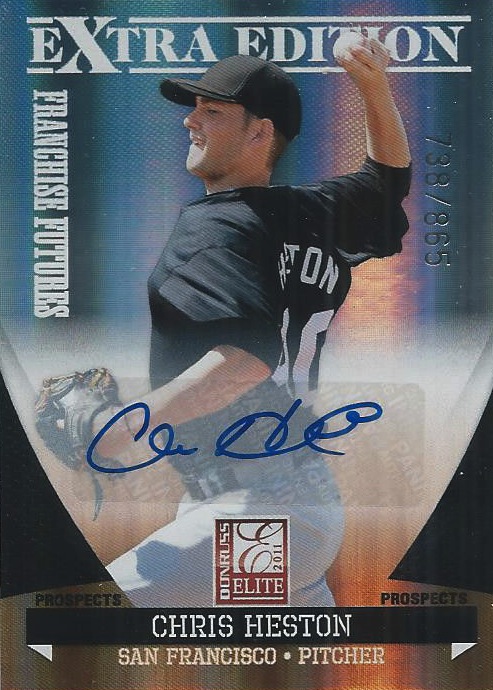 Heston’s first autographs appeared in Panini America‘s 2011 Donruss Elite Extra Edition product where his autographs typically sold for $10 or less before the news (excluding rarities). Topps released his only other autographs in 2012 Bowman Sterling and in Topps Heritage Minors. He has not appeared on a signed card since 2012.

His lone Rookie Card appears in 2015 Topps Heritage, a card he shares with Hector Neris that typically sells for $1 or less.