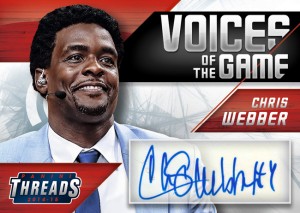 The upcoming release of 2014-15 Panini Threads Basketball will be exclusive to Target stores and it will be the only place where collectors will be able to pull Voices of the Game cards that are going to feature autographs from many of the sport’s most popular announcers.

With a lineup that boasts 20 broadcasters, Voices of the Game will deliver signatures from such memorable names as Ernie Johnson, Dick Vitale and Craig Sager along with former players and coaches who have stepped behind the microphone that include Shaquille O’Neal, Grant Hill, Bob Knight and Chris Webber.

Want to see a complete gallery of cards from this set? Read on after the jump. 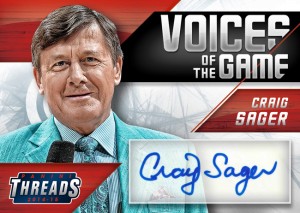 The cards of Sager and Johnson will be their first certified autographs and NBA TV personality Rick Kamla will made his first trading card appearance. Panini has noted that the approximate odds for pulling one of these cards will be one in every two boxes and confirmed the quantities of each card that will be produced. 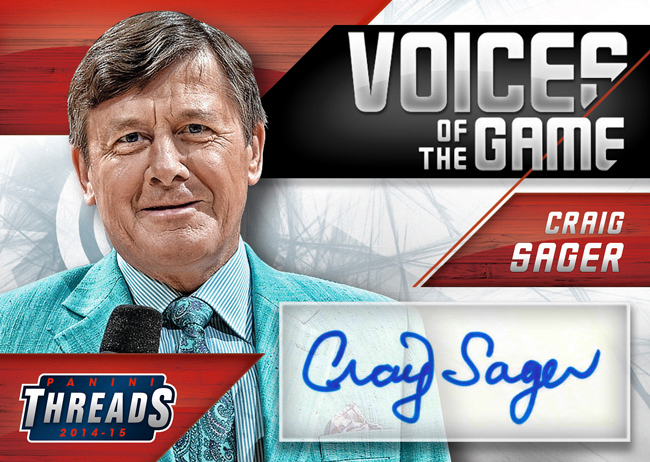 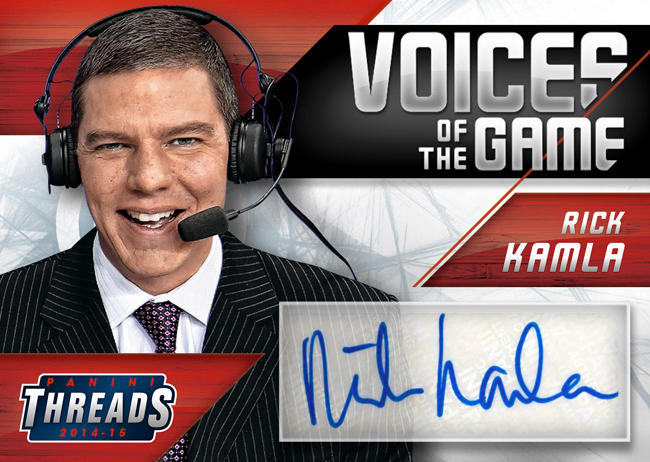 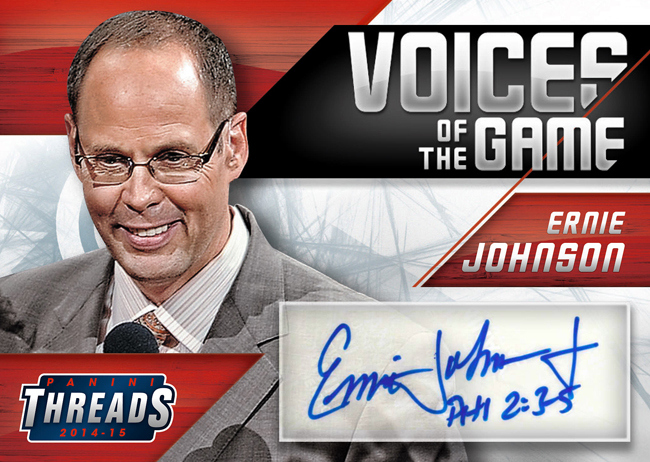 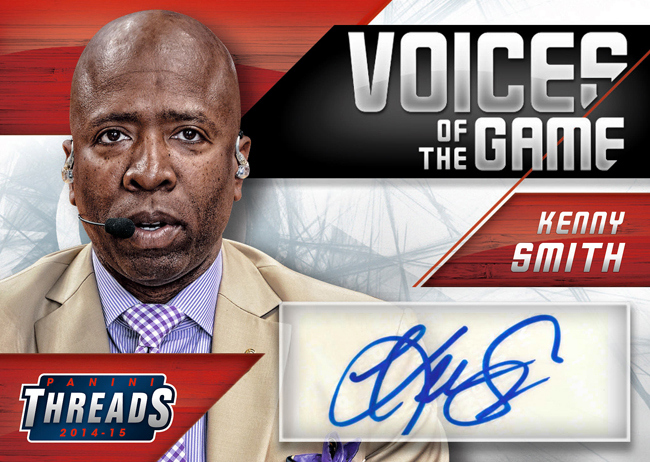 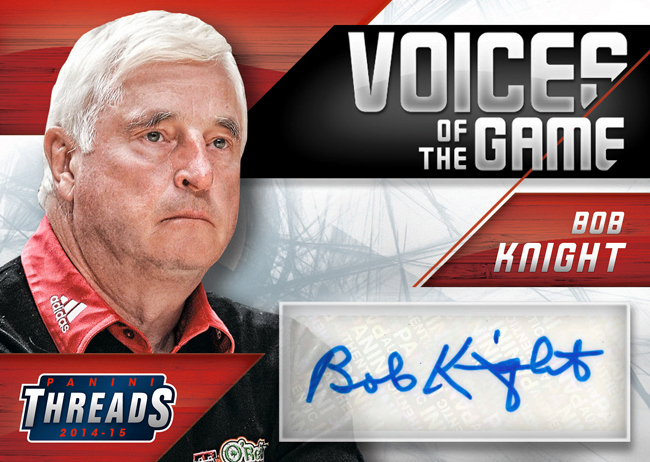 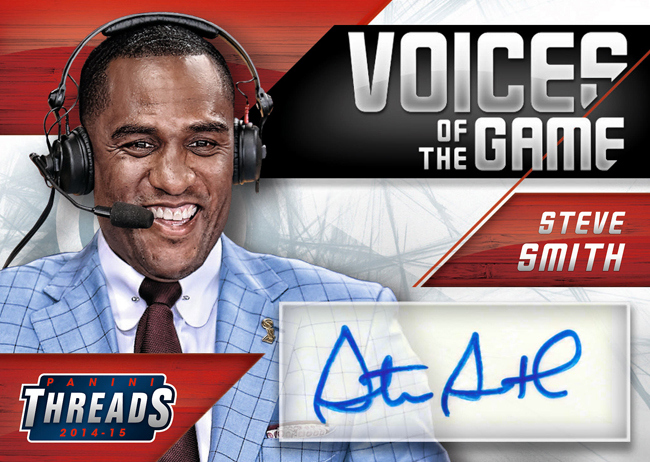 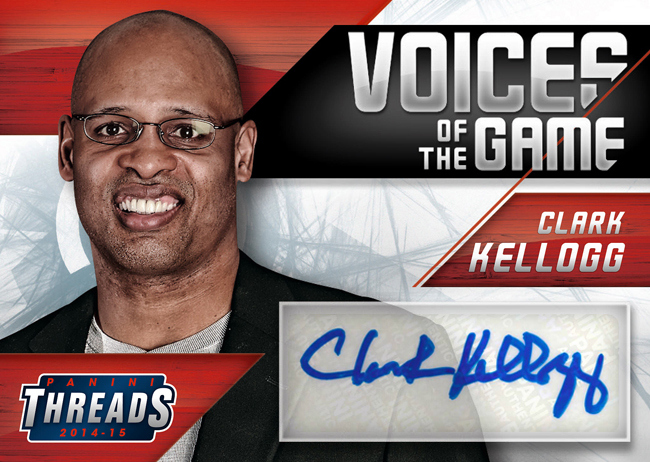 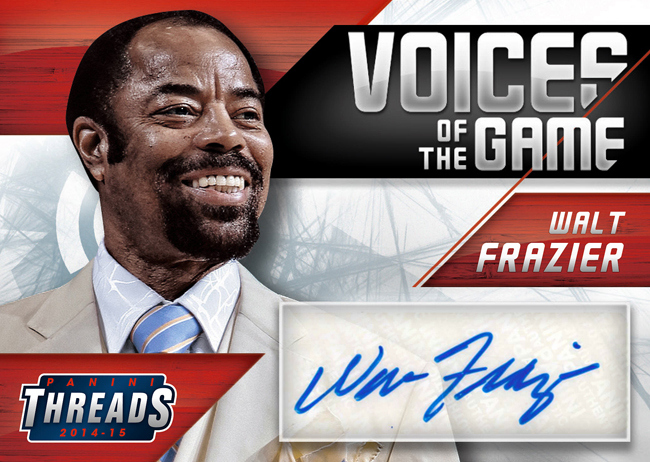 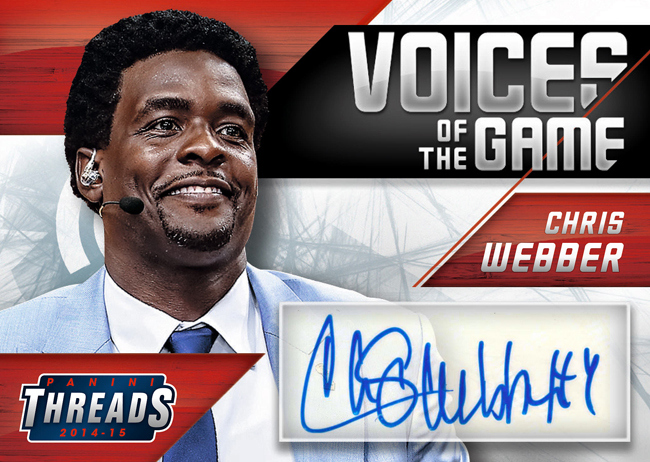 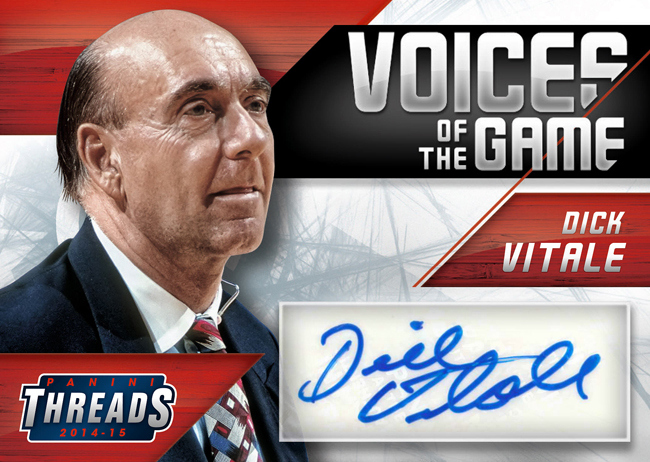 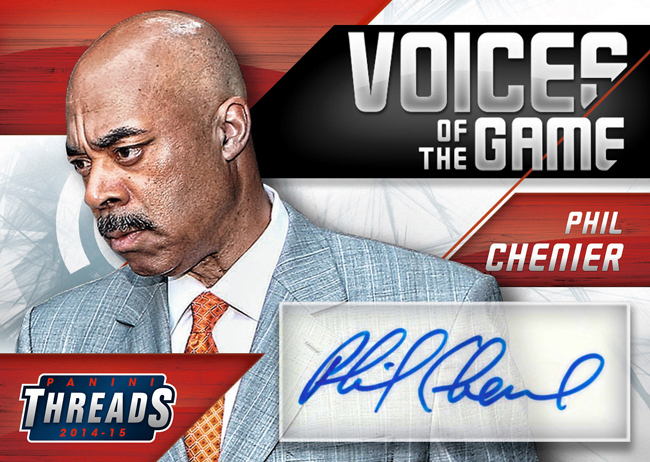 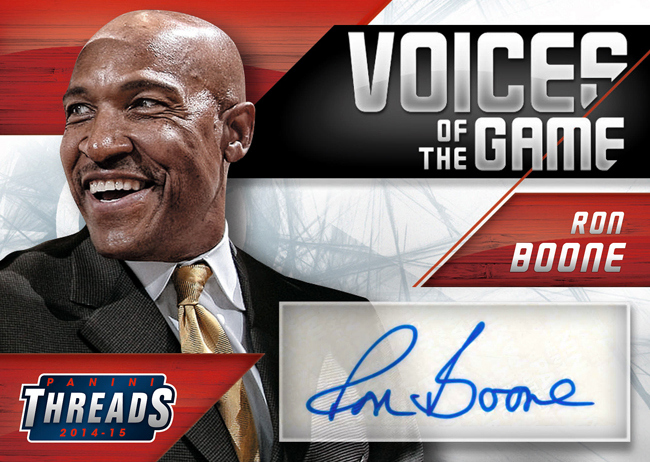 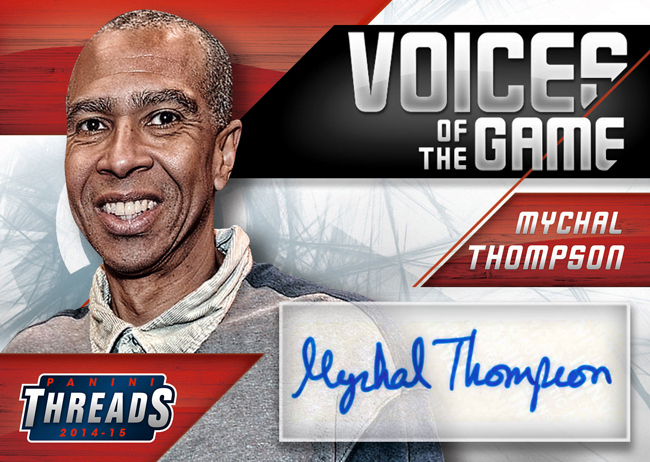 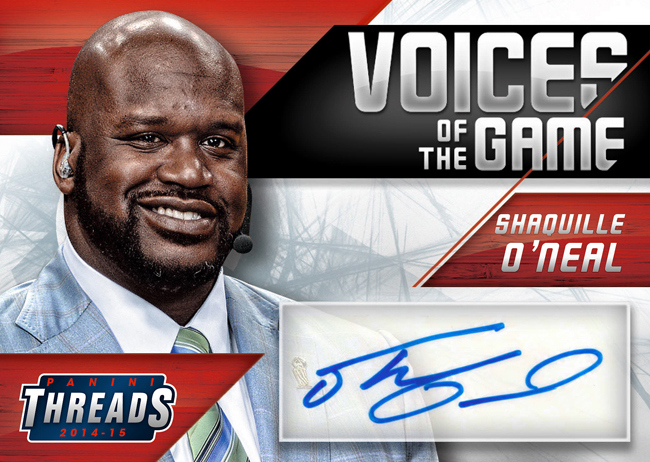 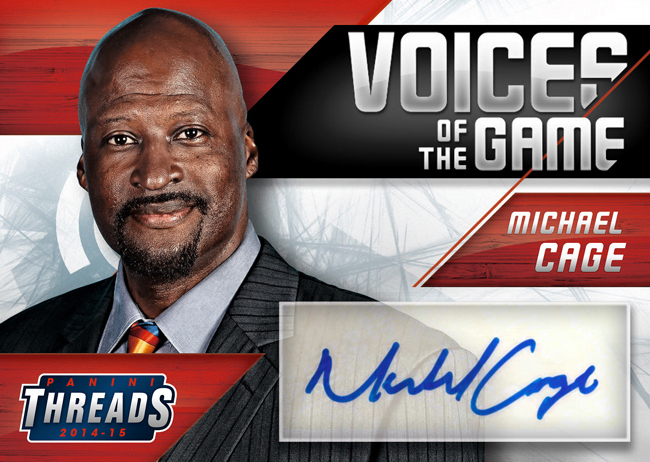 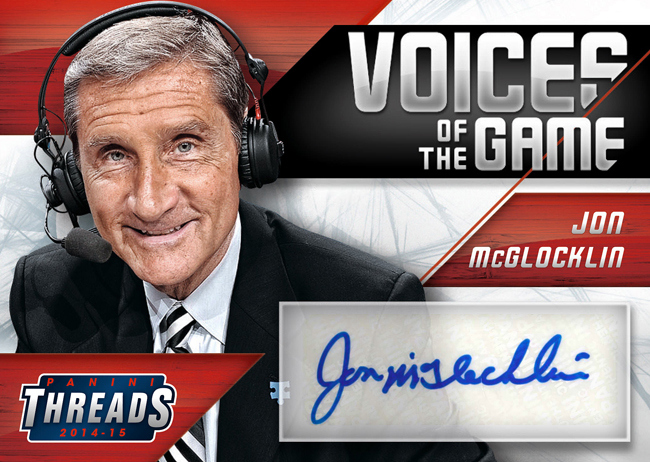 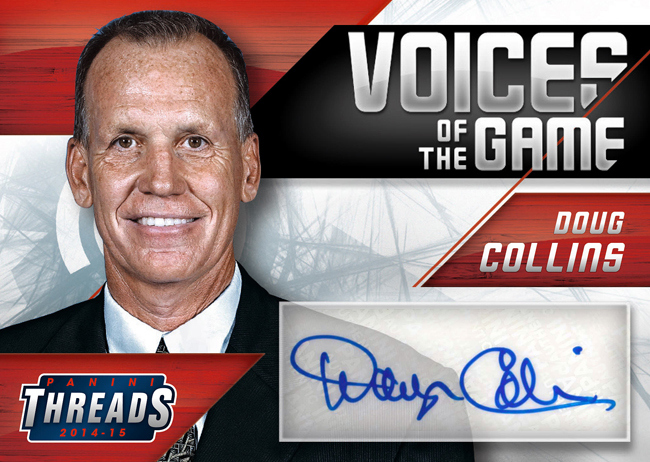 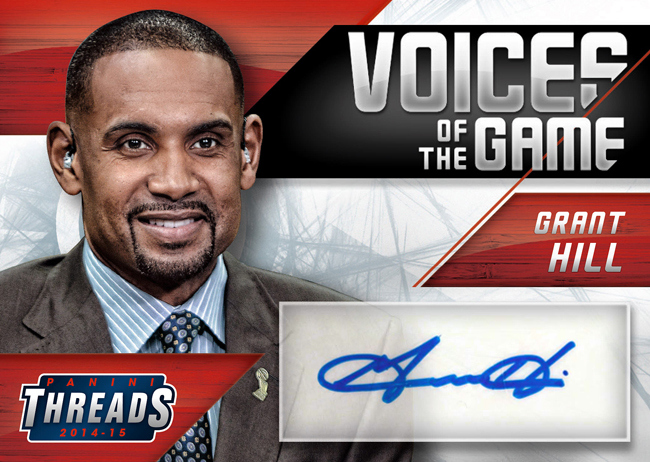 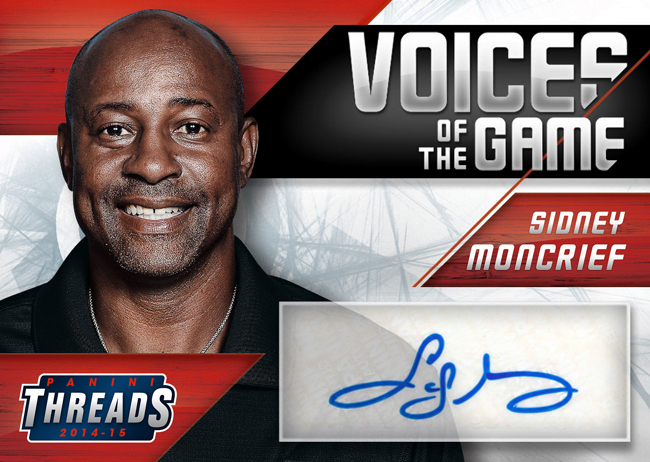 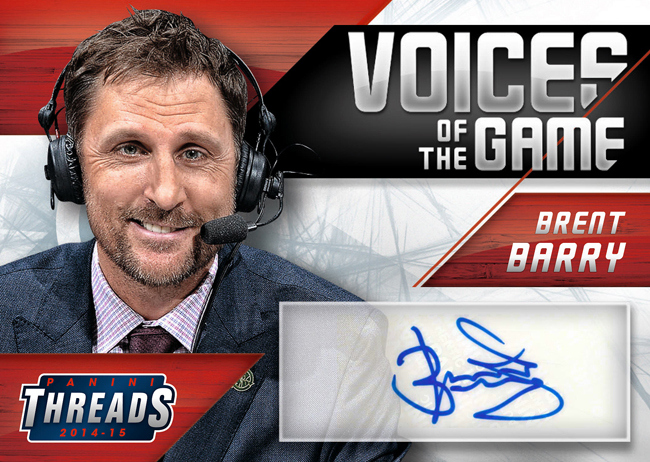 Are we overlooking potential of stickers?