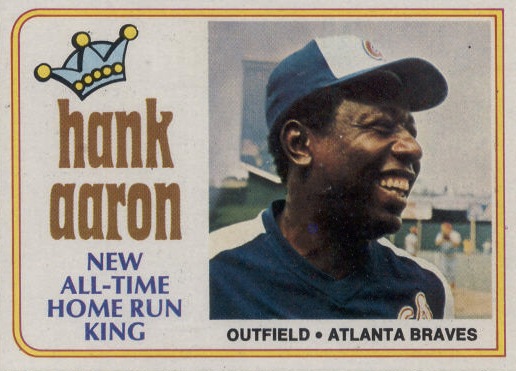 Topps announced Tuesday that the first Mystery Redemption in 2014 Topps Tribute is an autographed card commemorating this anniversary. (The second redemption is for White Sox rookie Jose Abreu.)

While he’s no longer the king, we’d like to hear your thoughts on the anniversary and Aaron’s place in the game below.