A war is coming.

Well, make that a crusade after Panini America revealed the first looks at its latest forthcoming brand on Wednesday — 2012-13 Panini Crusade — a retro-styled brand in the style of the popular (and pricey) insert cards from the late 1990s.

The base set will include 100 cards capped by 15 rookies. A Crusade parallel will copy the entire set in a few shades, while there will be two 25-card insert sets called Nobility and Royalty. In addition, the company said, there will be a pair of 100-card autograph sets in this $20-per-pack product. They will be Quest Autographs and Majestic Signatures.

There will be six packs per box and five cards per pack with three autographs and three memorabilia cards per box. Each box also will include six Crusades inserts and six more inserts beyond that.

For game-used memorabilia fans, there will be a pair of 100-card insert sets — Quest Memorabilia and Majestic Materials.

The Crusade cards will make up a 300-card release — a Prizm-based printing style with Red, Blue, Purple, Gold, Green and Black versions.  Crusade cards first appeared back in 1998 Donruss baseball as well as in Rookies and Stars football. 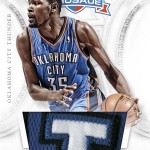 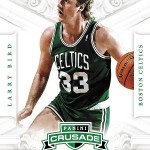 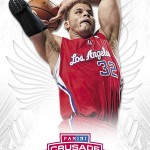 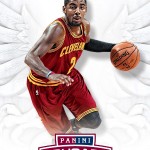 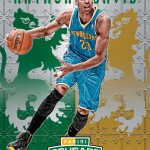 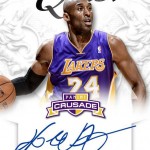