The 12th edition of In The Game’s Ultimate Memorabilia is almost here.

Each box contains just three cards with one base, one autograph and game-used memorabilia card. The set features current and former hockey stars – and in many cases on the same card.

Ultimate will also feature many upcoming stars such as Nail Yakupov, Alex Galchenyuk and Nathan MacKinnon. But the youngsters won’t dominate the product. Ultimate will also have players such as Henrik Lundqvist, Mario Lemieux, Patrick Roy and Mark Messier included

ITG will highlight Steve Yzerman this time around with an Anthology Hot Pack in every case.

Ultimate is scheduled to be released on May 3. 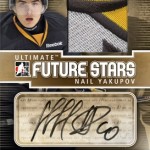 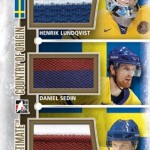 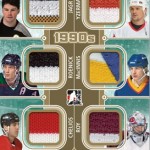 What if you could find anything on ...