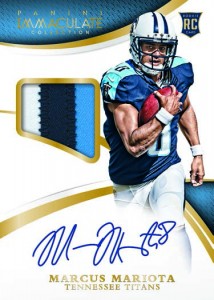 Rookie Patches Autographs look to be the base set Rookie Cards. These are vertical cards with the player image on the right and the patch on the left. These are numbered to 99 with an Acetate-stock parallel numbered to the player’s jersey number.

Immaculate Logos promises to deliver a huge logo patch. From the look of the card rendering, it takes up the majority of the card. Immaculate Duals and Trios combing two or three teammates or top stars.

Signature Moves looks like an interesting theme that pictures players performing a move they are known for, such as Dez Bryant making the X with his arms after a touchdown. Maybe we’ll see Peyton Manning calling 19 audibles or the Aaron Rodgers “Discount Double-Check.”

Premium Patches Rookie Autographs offer a big jersey patch with the signature on the lower-right portion of the card. These are horizontal cards with a bigger patch than the Rookie Patches Autographs. Immaculate Laces aren’t the little pieces of shoe lace we’ve seen in the past. These are huge cuts of cleats and laces from rookie-worn cleats during the Rookie Premiere.

2015 Immaculate Collection Football comes in six-card packs, with five of those cards being an autograph or memorabilia card. 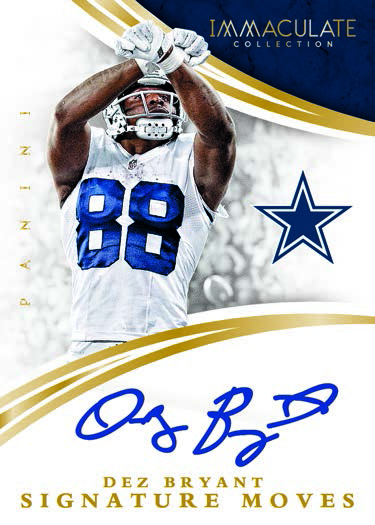 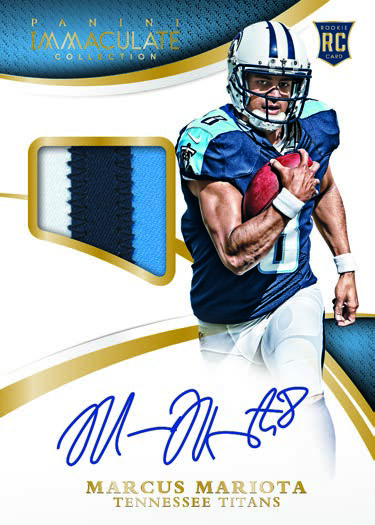 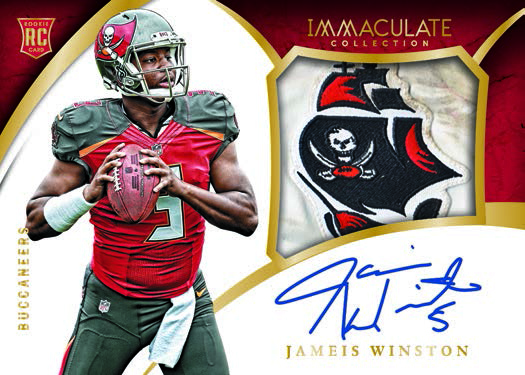 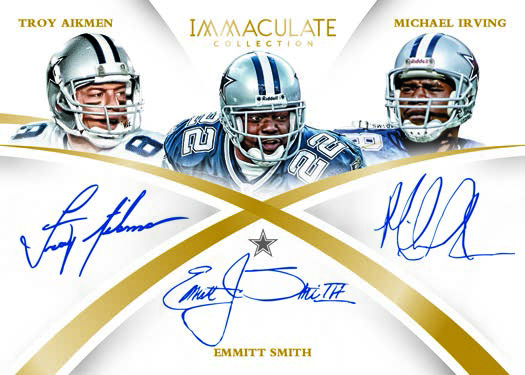 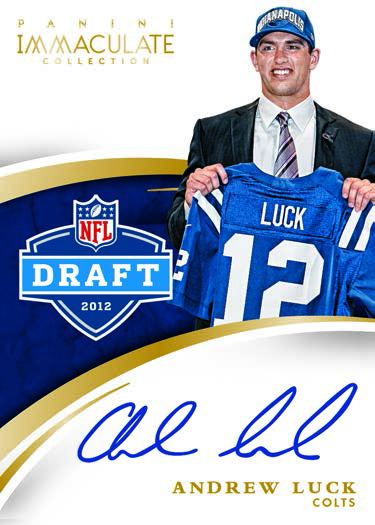 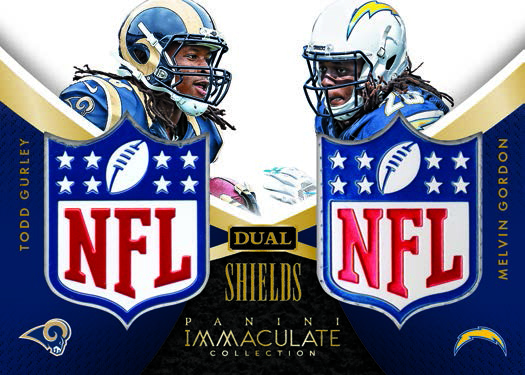 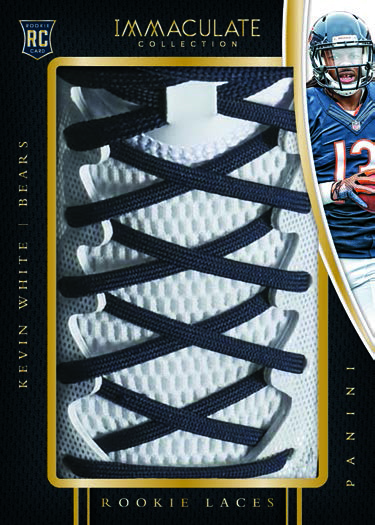 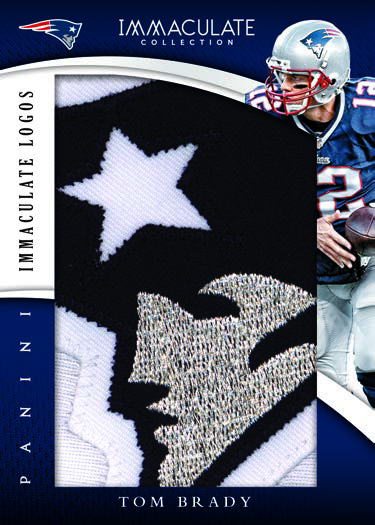 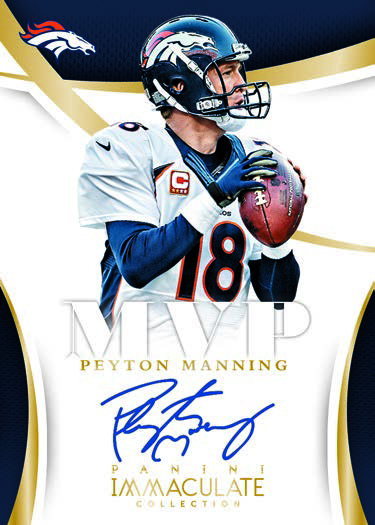