For the ninth straight year, Topps is readying Triple Threads with trios of Relics, trios of autos and, well, more high-end possibilities than ever.

When 2014 Topps Triple Threads arrives in hobby shops on Sept. 10, it will include familiar two pack options per box adopted in recent years. One pack will include three base cards, two parallels, a triple Relic and a Unity single-auto jumbo Relic. The other will have three base cards, two parallels a signed triple Relic and a jumbo Unity Relic. Each will be numbered to 36 or less or 99 or less depending on type. Each 18-box case will include a 1/1 auto Relic and a triple auto Relic card as well.

Standard Relics will be found for more than 50 players and a few versions per individual. They will start at 36 copies and then have Sepia (/27), Emerald (/18), Gold (/9) Sapphire (/3) and 1/1 Ruby versions. The same will go for the Legends as well as Relic Combo cards. Double combos will turn these into books limited to 18 with Gold (/9), Sapphire (/3) and 1/1 Ruby versions.

Want six players, six Relics and six autos per booklet? That’s where the auto Relic double combo cards come in. They will be limited to just three copies with 1/1 Ruby parallels.

For the more deluxe cards, there will be Jumbo Plus Auto Relics — book cards with an auto and three pieces. One of those will be a jumbo swatch. They will be limited to three with 1/1 Ruby parallel.  Letter Plus Auto Relics will have the same but with a letter patch made in the same volume.  Also worth chasing will be Cut Above autos — a 1/1 cut auto with three Relics, while dual versions will turn the offerings into booklets with the same on each side.

Also among the high-end offerings will be All-Star Jumbo Sleeve Patches — 1/1 booklets — with the standard All-Star patches limited to nine with a 1/1 Ruby version to chase.  Another version will be 1/1 Jumbo Sleeve Team Patches and Logoman 1/1s. Another high-end piece from the All-Star lineup will be 1/1 laundry tag cards, while Letter Plus Relics (/3), Bat Knobs (1/1) and Letter-Number-Logo triple-patch booklets also will be found.

Jumbo Plus relics will also be found — same as the previous cards just with no autograph — while 1/1 bat barrel nameplates also will be included. 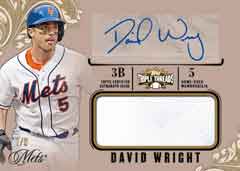 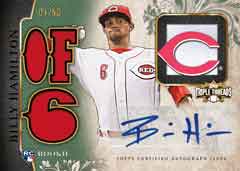 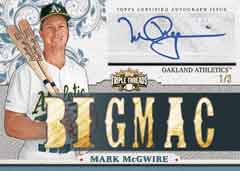 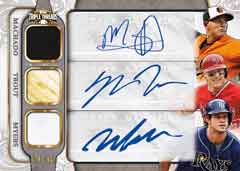 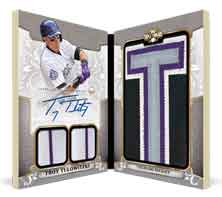 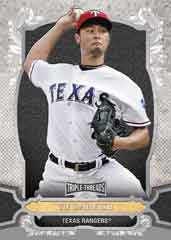 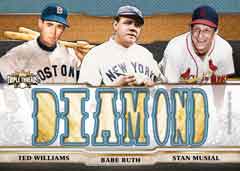 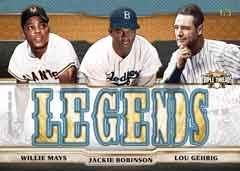 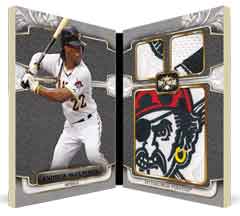 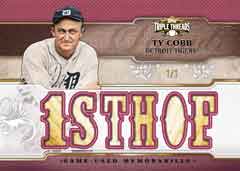 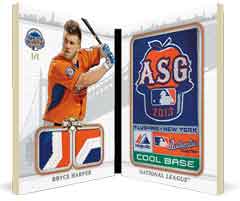 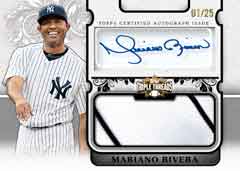 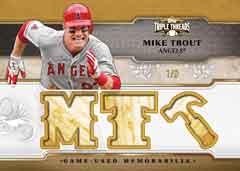 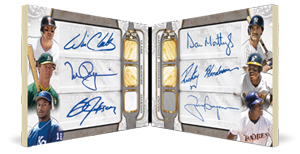 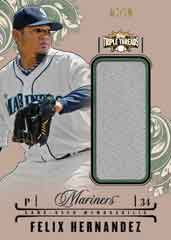 Super Bowl footballs will be marked with ...

Postseason moments get short-print treatment in 2014 ...