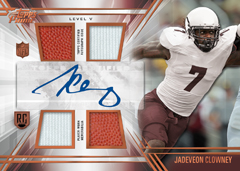 When it comes finding unique memorabilia from football players, 2014 Topps Prime Football should be a place to look. Relic cards will feature socks, footballs, gloves, wristbands and more.

Each box of 2014 Topps Prime Football will contain two autographs and two relic cards. Each box will have 10 packs with five cards in every pack.

To break it down further, each box will have an autographed relic that could be one of five prime levels:

The autograph relics come with five parallels ranging from 50 copies to just one.

Relic cards will come in various formats with Dual and Quad relics available for rookies with five parallel levels. In addition, collectors can find Dual Combo relics and Quad Combo relics that will have a veteran and a rookie highlighted on the card.

Topps is including Prime Patches, a hobby-only hit.

Prime Football is scheduled to come out the week of Sept. 17. 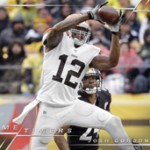 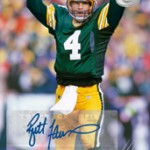 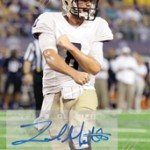 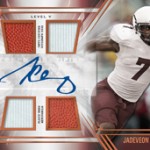 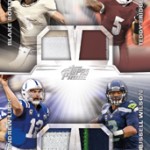 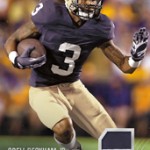