The pre-draft football products will be on shelves soon enough.

The 2014 Press Pass Football card set will feature autographs from many of the top names of the 2014 NFL draft class.

Each hobby box will contain 30 packs with five cards in each pack.

In addition, there will be Metallic Ink parallels.

Insert sets will include Playmakers and Power Picks.

2014 Press Pass Football is scheduled to come out March 5. 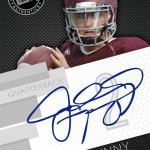 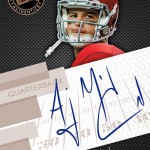 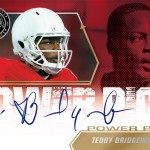 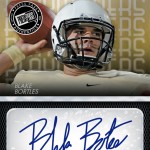