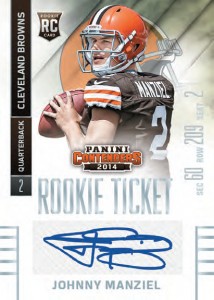 Few products in the trading card world have as dedicated a following as the annual Contenders offering from Panini America. Each year, it delivers some of the most coveted rookie cards to football collectors and it is set to hit store shelves on January 7.

With an average of five autograph cards in every 24-pack box, there is plenty of potential for a good mix of first-year players, retired legends and today’s brightest stars. At least two of those will be signed on-card by one of the 40 participants from the 2014 NFL Rookie Premiere.

What else does 2014 Panini Contenders have to offer? Find out after the jump. 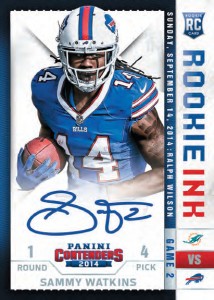 In a sales sheet provided by Panini, there were plenty of details of how much rookie content is packed inside Contenders and the most popular of the featured sets is sure to be the Rookie Tickets, which have long-standing support within the hobby. The autographed version of these cards will have parallels such as Playoff Tickets (#’d to 199), Championship Tickets (#’d to 99) and Cracked Ice Tickets (#’d to 22). Even scarcer will be the Super Bowl Tickets and Printing Plates which are one-of-ones.

The hard-signed rookie madness continues in the horizontal Rookie of the Year Contenders Auto RPS and Rookie Ink is also expected to be a hit due to strong player selection. The latter set will have a gold parallel numbered to 25 or less and a supremely scarce Holo Gold edition that is a one-of-one find. 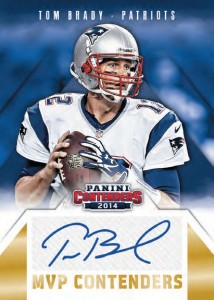 Also revealed were the MVP Contenders Autos that boasts a 10-card checklist of players vying for the highest individual accolade (#d to 25 or less). Round Numbers will be produced in similar quantities, but the card pairs up two players that were drafted in the same round and Alma Mater Autographs will combine players that starred for the same school. Closing out the fun at this point are the Legendary Contenders, which is all about the game’s greatest talents from the past. These cards will be the scarcest of the announced autograph sets since they will be numbered to 10 copies or less.

Finally, one of the most enduring aspects of Contenders is the selection of non-memorabilia insert cards and each box is slated to hold two Rookie of the Year Contenders, two Draft Class, two Round Numbers, one MVP Contenders, one Legendary Contenders, two Touchdown Tandems plus two other insert or parallel cards. 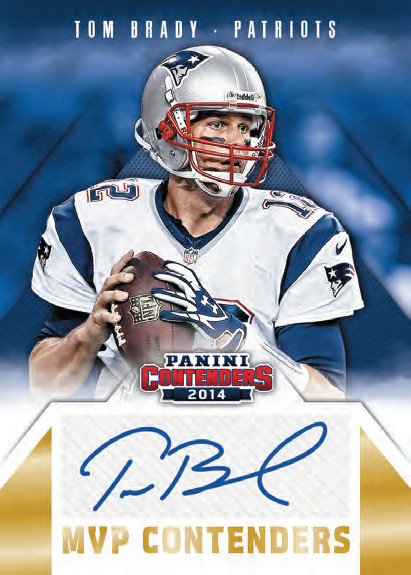 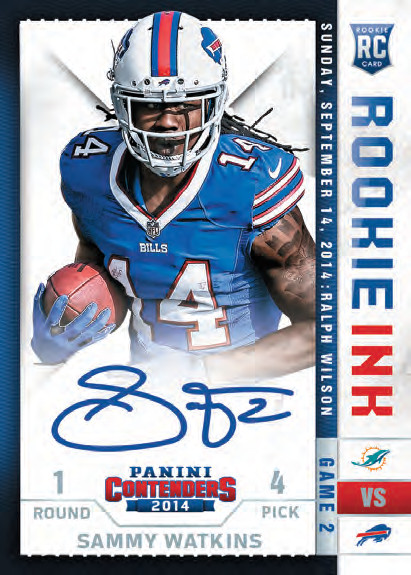 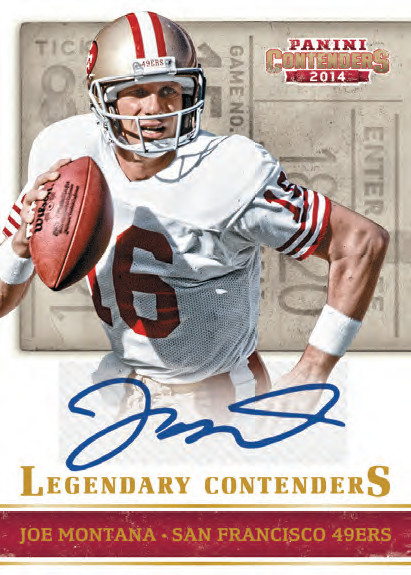 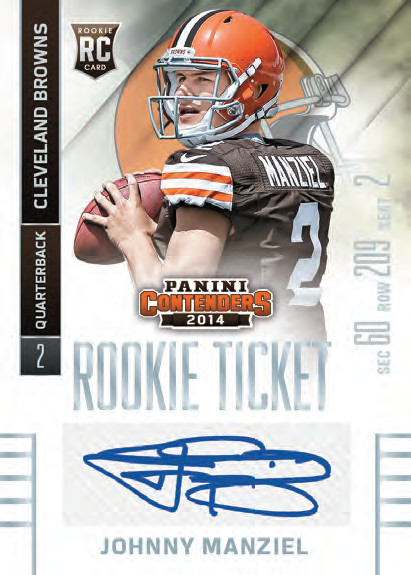 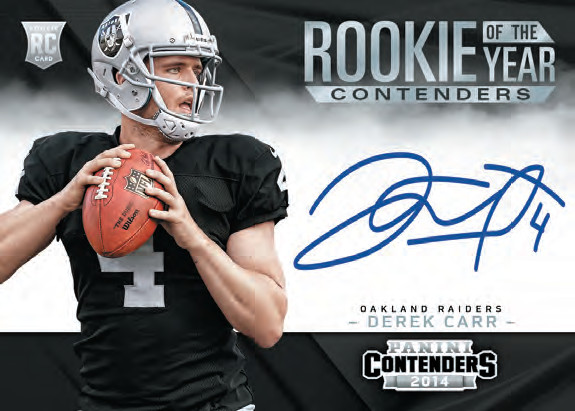 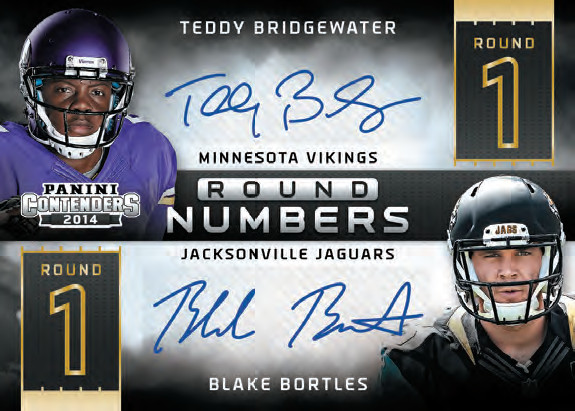