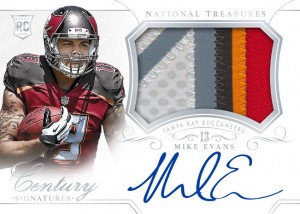 One of the most anticipated football card products every year is ready for its ninth release. Since 2006, National Treasures has built an incredibly strong brand. In fact, in the February issue of Beckett Football, we ranked the 10 current strongest brands in the hobby, considering things such as name recognition, innovation, secondary market strength and overall influence. National Treasures ranked No. 2.

The 2014 release promises to bring the high quality and deep checklist of stars and legends collectors have come to expect from the product. There are eight cards per box and four boxes per case. Each box contains (on average), two base, rookies and/or legends cards, three autographs and three memorabilia cards. 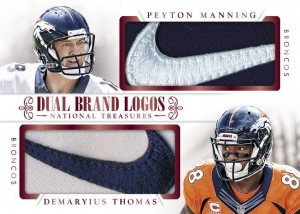 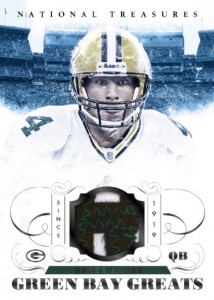 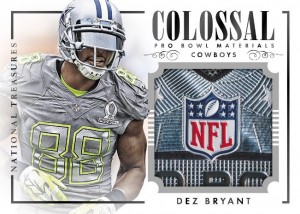 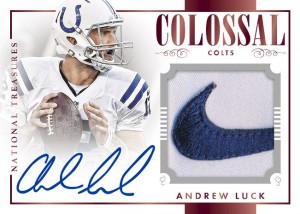