Limited returns with its familiar high-end look. The design is clean and this year’s release looks to have plenty of foil accents to make it pop. The Rookie Phenoms cards are always a big draw for Limited. These will be numbered to 299 or less and feature an oversized patch and autograph. Judging from the preview renderings, the autographs will be on stickers. 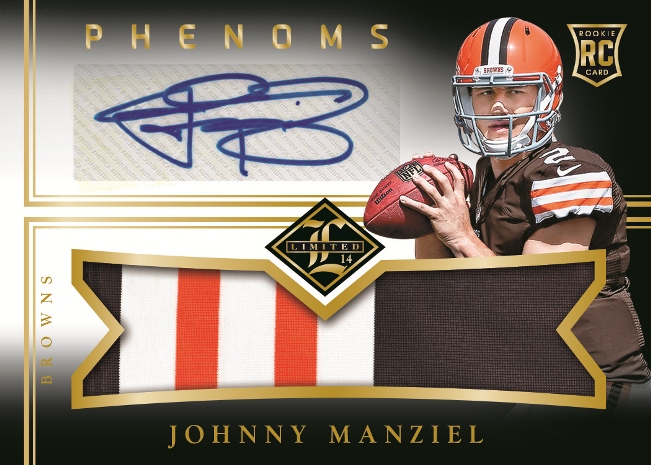 Limited Trios Autographs has three players with three swatches and three autographs. The product also will have quad jersey autographs. Star Factor has three memorabilia swatches along with an autograph of the featured player. Game Day Materials is a unique concept featuring players with swatches of a jersey worn during a specific game that is highlighted on the card. Many of the cards in these inserts have 1-of-1 tag versions.

Rookie Prime Autographs have an oversized swatch and autograph of the top 2014 rookies.

There are five cards per pack and 15 packs per case. Each pack includes three autographed or memorabilia cards (with at least one autograph) per pack.