World Cup soccer will be here soon enough. So Panini America is getting ready for the tournament with a new card release – 2014 FIFA World Cup Brazil Prizm.

The set will feature 24 packs with six cards in each pack. The base set will contain 200 cards with players from all 32 qualifying teams. The World Cup starts June 13 and ends July 12.

Each box will come with eight Prizm parallels with an additional five inserts.

Inserts include World Cup Matchups, World Cup Stars and Team Photo inserts. Many of the inserts will include regionally inspired Prizm parallels such as Red, White and Blue, Yellow and Red, and Blue and Red.

Fuleco, the World Cup mascot, will be featured on a short-printed card, just two per case.

2014 FIFA World Cup Brazil Prizm is scheduled to come out in late April. 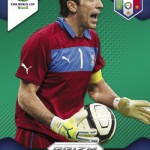 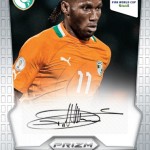 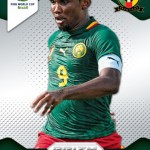 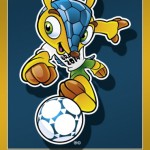 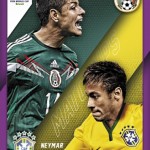 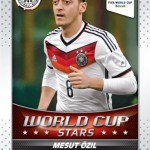 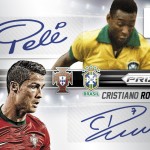 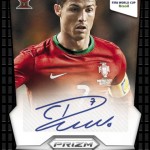 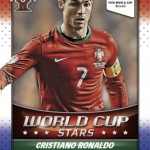 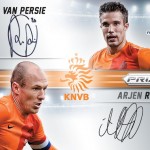