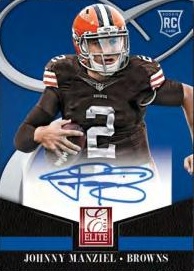 Panini America will feature 2014 rookies in the NFL uniforms in Elite Football.

Each box of 2014 Elite Football will contain 20 packs per box with five cards in each pack. Each box will also have four hits per box and three Rookie Cards numbered to 999 in each box.

The rookie autographs feature on-card autographs. In addition, this will be the first Panini product to showcase the players in their NFL uniforms. Another autograph hits include RPS Rookie Inscriptions, Elite Rookie Premiere Signatures and New Breed Signatures.

Elite will feature several inserts and collectors can expect to find about nine inserts in every box. Some of the inserts include Elite Series, Face 2 Face, Profiles, Turn of the Century, Passing the Torch, and Clarity (Plexi-Glass card). 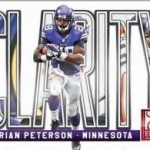 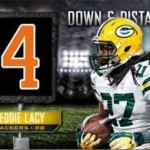 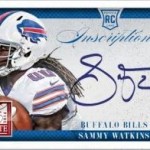 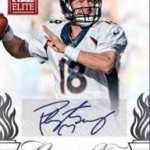 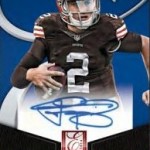