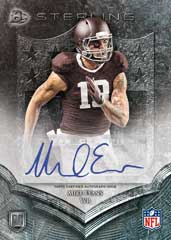 The Bowman brand is utilized to highlight rookies and prospects – and 2014 Bowman Sterling Football will celebrate the upcoming season’s rookies.

Bowman Sterling will contain five cards in every pack with six packs in every box.

Most of the autograph hits will be rookies from the 2014 season. However, there will be a limited number of veteran hits featuring an image of them from their rookie year. The Rookie Autographs will have six parallels, including new Pulsar Refractors. There are also Rookie Autographs Short Prints within the set.

The Autographed Rookie Relics will all be numbered. This year, there will be seven parallels with Gold, Green, Black, Pulsar, and Blue Wave Refractors, along with 1-of-1 Superfractors and Printing Plates.

The Rookie Dual Relics will feature one jersey swatch and one patch. Collectors can find up to six types of parallels. 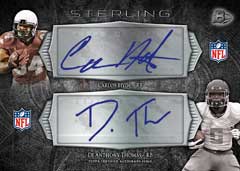 The Ultimate Rookie Autograph Card is a five-panel booklet, chrome refractor with autographs of all 40 players attending the NFLPA Rookie Premiere. These hits will be numbered to just five copies.

The Box Toppers will utilize jumbo swatches. The base version will be a Blue Wave Refractor with five levels of parallels. There is also the chance to pull an Autographed Purple Wave Box Topper.

Bowman Sterling is scheduled to come out the week of October 15. 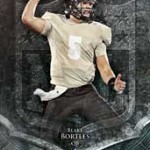 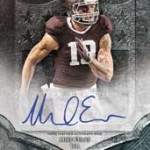 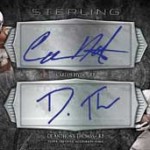 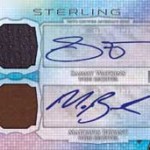 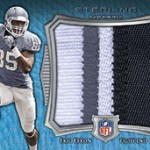 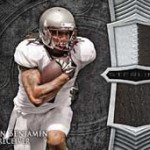 Leaf and In The Game announce new ...