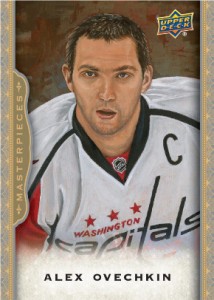 Slated to be hitting your local card store in April, 2014-15 Upper Deck Masterpieces marks the return of a hobby favorite that many feared had become a one-hit wonder since it had not returned since its impressive 2008-09 debut. The original issue was lauded for its strong selection of autographs and eye-catching parallels and collectors were expecting it to become a regular part of the company’s roster of releases.

Now loaded up with plenty of original artwork and the guarantee that every autograph is signed on-card and each memorabilia piece is game-used, Masterpieces has the potential to be a major hit.

What will collectors find in 2014-15 Upper Deck Masterpieces? Find out after the jump. 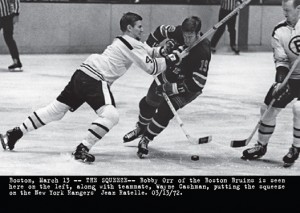 The extensive base set will utilize 180 different pieces of original artwork that will depict today’s top stars along with retired legends and 15 of this season’s brightest rookies. Some of these cards will be shortprinted and are found at a rate of 10 per box in addition to two to three Rookie Cards and the same amount of Black & White Portraits. Rounding out the collection are 60 Wire Photos (five per box), which were first seen in the 2011-12 Parkhurst Champions product and gathered a major following due to their unique retro look.

The toughest pulls of all, however, will be the Masterpiece Portraits. Upper Deck commissioned work of 20 different players and these hand-painted cards will be hand-numbered to 10. 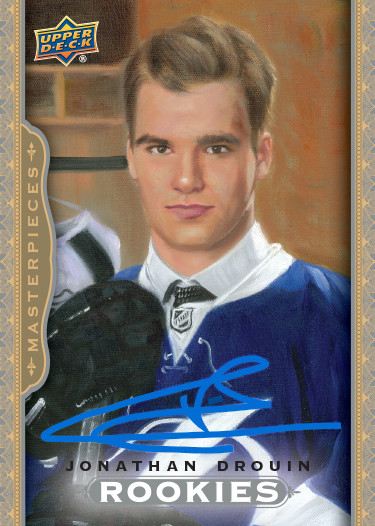 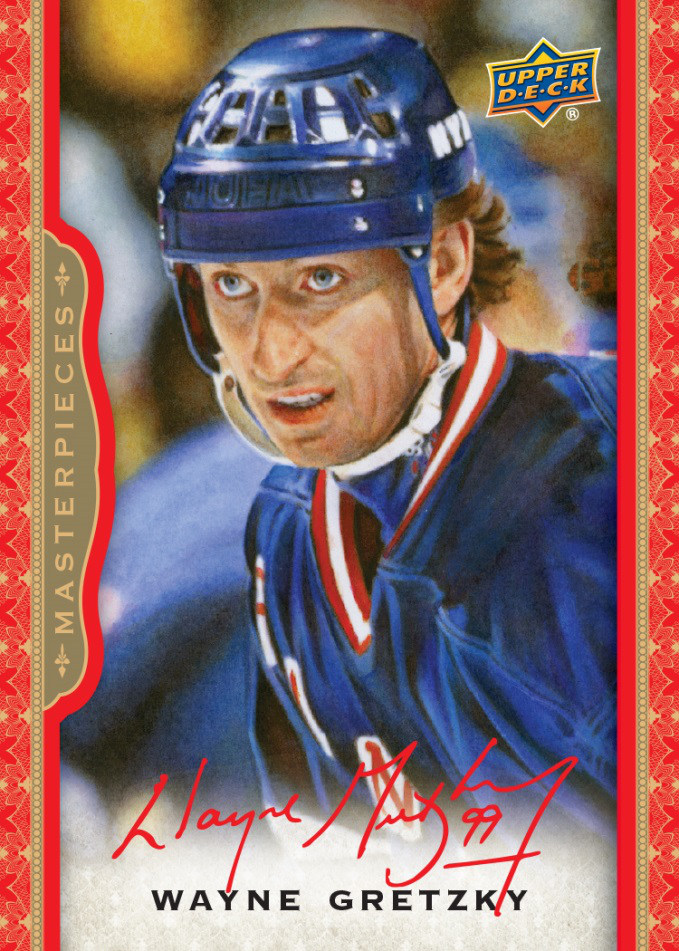 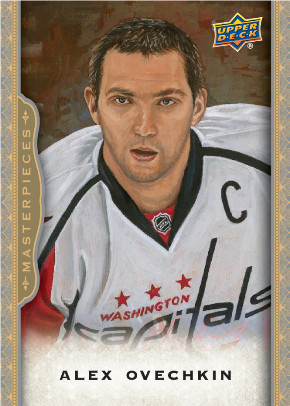 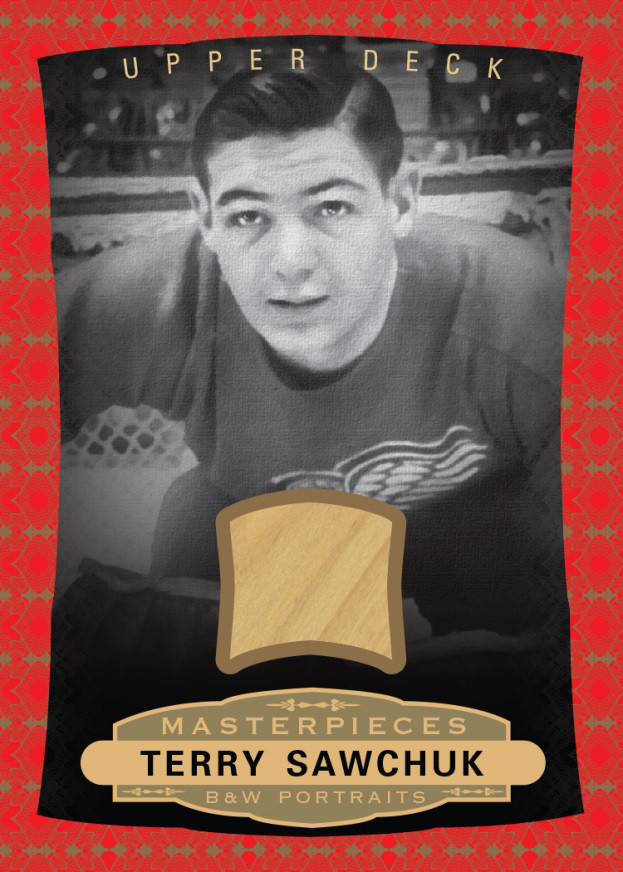 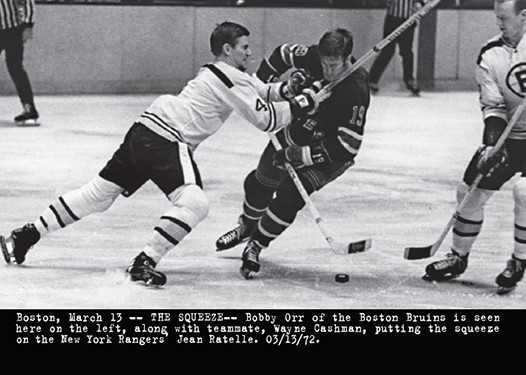