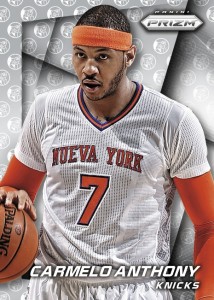 Panini America has released early details about their always-popular Prizm release and this season, it should soar to new heights thanks to a fantastic rookie class and plenty of the parallels that have made the brand a hit in recent years.

Scheduled to arrive in stores on December 3, 2014-15 Panini Prizm has garnered a reputation for being a strong product and this year looks to carry on that tradition. With a new configuration that sees one hit per pack and the added challenge of shortprinted base cards, there should be something to satisfy most basketball card fans.

What can collectors expect to find in packs? Find out after the jump. 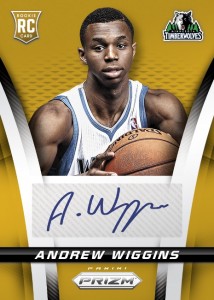 One of the things that Prizm has built its reputation on is the wide array of parallel cards that can be found in packs. Each box is expected to yield a whopping 14 of them and three of those will feature serial-numbering. Exclusive to hobby packs will be the Purple Die-Cut (numbered to 139), Blue (numbered to 99), Red (numbered to 49) and Gold (numbered to 10) parallels along with the highly sought-after Black versions that are one-of-ones.

While the company’s product information sheet did not divulge the number of cards to be expected in the base set, the addition of a shortprinted element is sure to appeal to set builders and these cards will fall twice per box.

Each box should also contain at least one Exclusive Rookie Autograph card and with this year’s freshman class, the odds are good to find a future star. There will be Gold and Black versions of these autograph cards limited to the same quantities as the base parallels.

Boxes of Prizm will also deliver two insert cards and the action starts with Freshman Phenoms, a collection that examines 10 of the biggest picks from the 2014 NBA Draft. There wil also be the visually striking Fireworks inserts that Panini noted will feature brilliant colors. The most challenging of the bunch to find will be the Superstars inserts and five of the league’s top performers will be depicted in this scarce set. 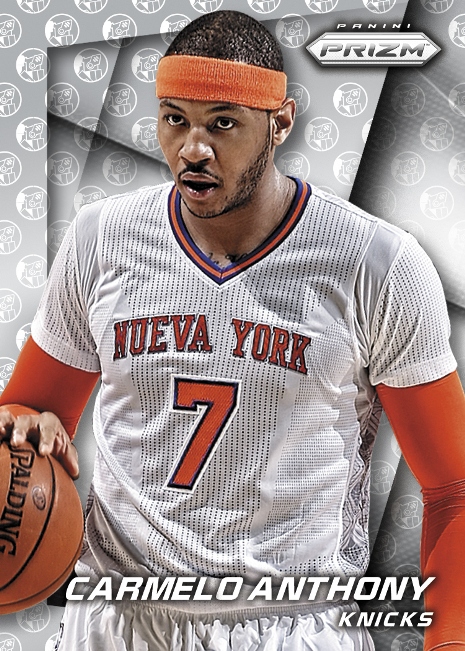 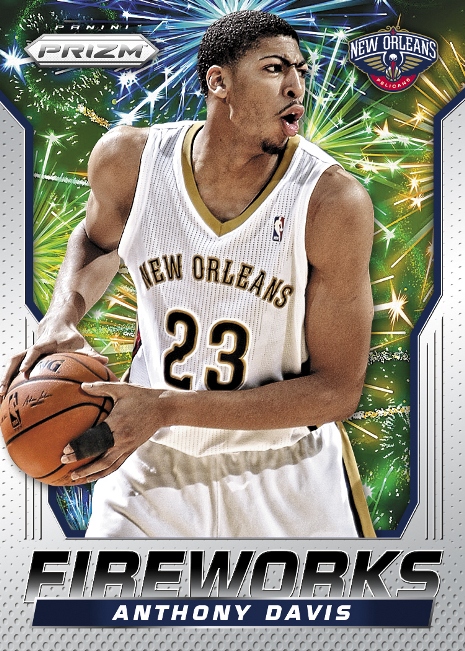 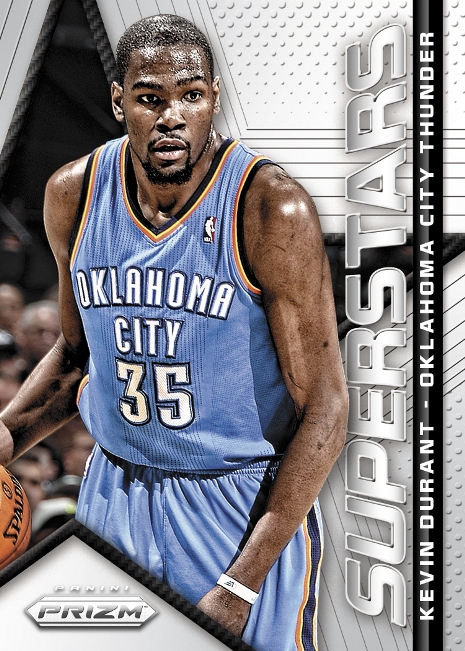 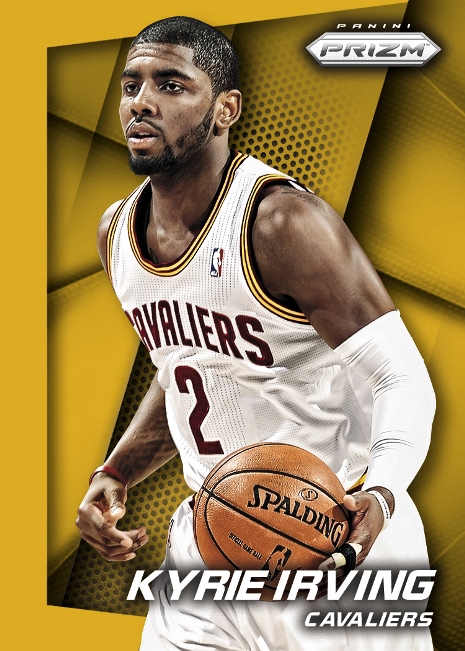 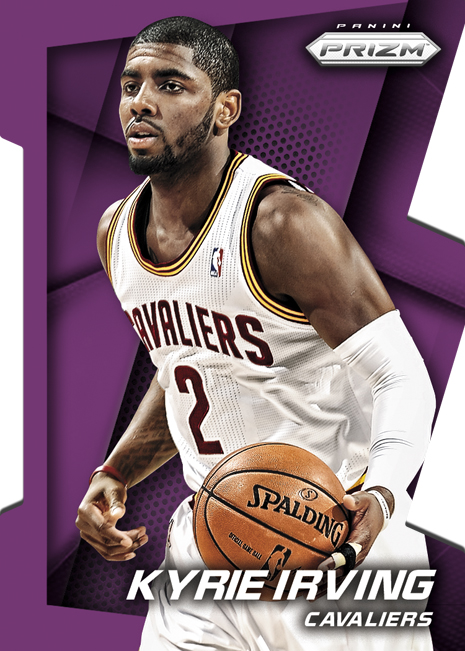 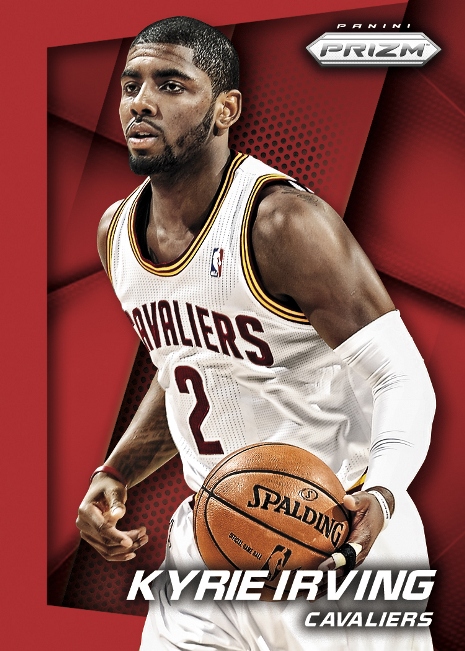 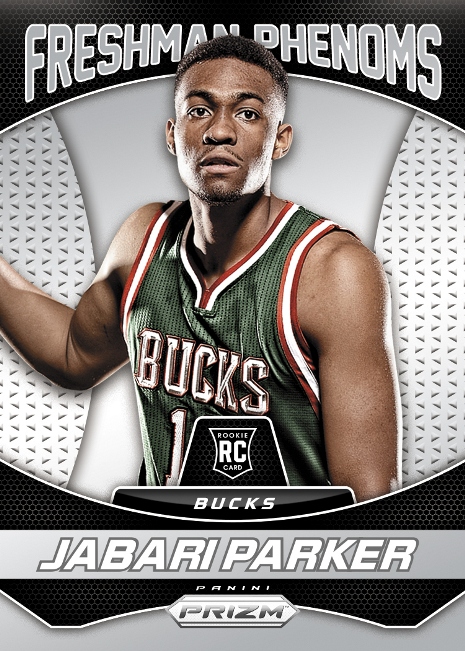 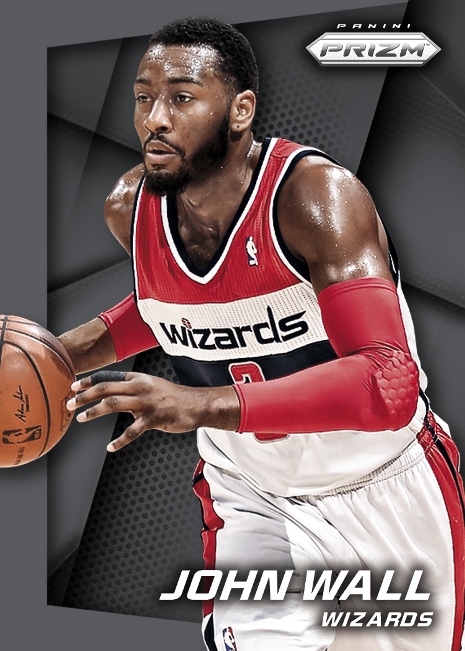 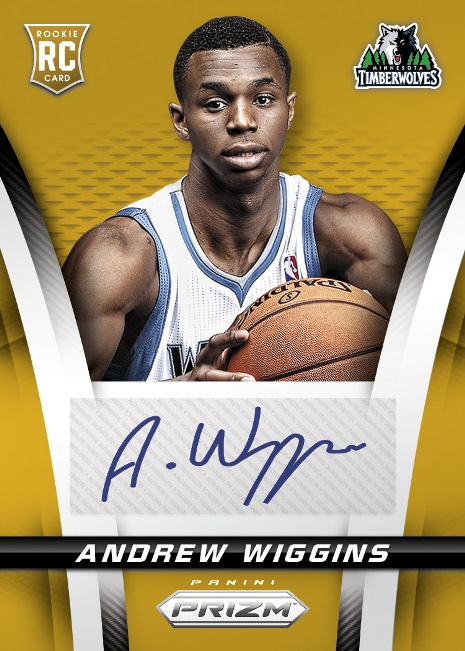